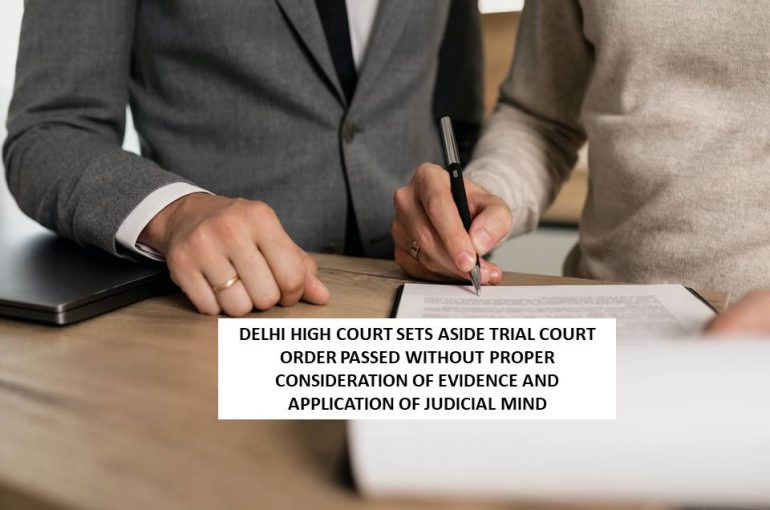 A two-Judge Bench of the Supreme Court comprising Justice M. R. Shah and Justice B.V. Nagarathna passed a Judgment dated 05.01.2023 in the case titled Basavaraj v. Padmavathi & Anr., Civil Appeal Nos. 8962-8963 of 2022 and held that the adverse inference can only be drawn when the plaintiff fails to produce the passbook when the Court orders him to do so and he fails to do the same.

In this case, one, Padmavathi & Anr. (“Seller”) entered into an agreement to sell the land for a considerable amount of Rs. 12,74,000/- dated 13.03.2007 with one, Basavaraj (“Buyer”). Then the Buyer paid Rs. 3 lakhs as earnest money and accordingly the Seller issued the receipt for the same. However, the Seller did not execute the sale deed, and as a result of it, the Buyer issued a Legal Notice dated 20.11.2007 asking the Seller to receive the balance sale consideration and execute the sale deed. The Seller denied the execution of the agreement to sell vide Legal Notice dated 03.12.2007.

As a result, the Buyer filed a suit for specific performances on 14.02.2008 vide O.S. No. 17/2008 before the trial Court. The Learned Trial Court on appreciation of evidence decreed the suit for specific performance vide Judgment and Decree dated 30.09.2011. Further, the Court directed the Buyer to deposit an amount of Rs. 9,74,000/- before the Trial Court.

Feeling aggrieved and dissatisfied with the Judgment and Decree dated 30.09.2011 passed by the Learned Trial Court, the Sellers preferred a Regular First Appeal (RFA) No.5033/2011 before the High Court of Karnataka at Kalaburagi Bench. The High Court allowed the said Appeal and set aside the Judgment and Decree passed by the Learned Trial Court, mainly on the ground that the Buyer was not ready and willing to perform his part of the contract.

Learned Counsel appearing on behalf of the Seller submitted that the Buyer had not demonstrated and/or led any evidence that he had sufficient means/funds/cash to pay the balance sale consideration. It is submitted that in absence of such evidence, the High Court has rightly held that the Opposite party failed to establish and prove readiness and willingness on his part to perform the agreement dated 13.03.2007.

From the Judgment and Order dated 27.11.2020 passed by the High Court, it appears that the reasoning given by the High Court is that the Buyer has not proved that he had sufficient means/funds/cash to pay the balance sale consideration. For this, the Apex Court relied upon the Judgment Ramrati Kuer vs. Dwarika Prasad Singh; (1967) 1 SCR 153 where it is stated that “An adverse inference could only have been drawn against the plaintiffs-respondents if the appellant had asked the court to order them to produce accounts and they had failed to produce them after admitting that Basekhi Singh used to keep accounts. But no such prayer was made to the court, and in the circumstances, no adverse inference could be drawn from the non-production of accounts.” As a result of the same, the Supreme Court observed and held that unless the plaintiff was called upon to produce the passbook either by the defendant or, the Court ordered him to do so, no adverse inference can be drawn.

Thus, the Apex Court quashed and set aside High Court’s Judgment and Order dated 27.11.2020 as it had materially erred in quashing and setting aside the Judgment and Decree dated 30.09.2011 passed by the Learned Trial Court by reversing the findings on the readiness and willingness of the Buyer.

For balancing of interest and to do complete justice, the Supreme Court directed the Buyer to pay the Seller a further amount of Rs. 10 lakhs and on such payment; the Seller was directed to execute the sale deed in favor of the Buyer within a period of two weeks therefrom. As a result, the present Appeal was allowed with the above directions.