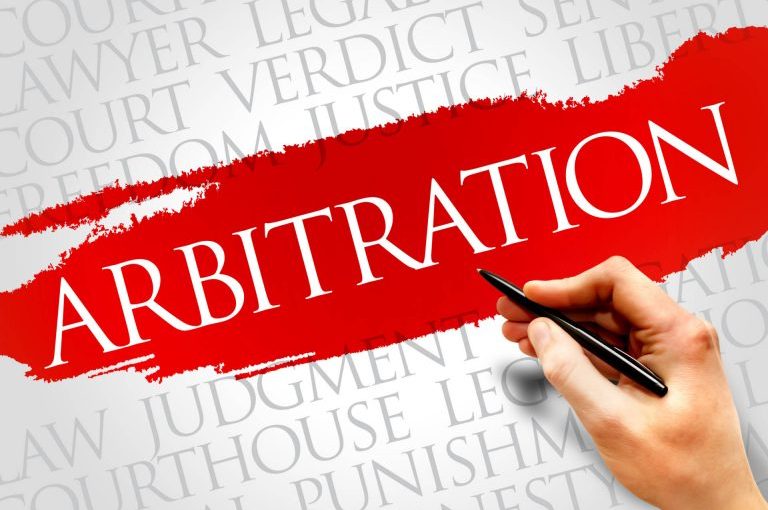 The object of the #Arbitration and Conciliation Act, 1996 (the ‘Act, 1996’) is to provide an #alternative redressal mechanism to resolve the #disputes and to reduce the intervention and burden on the #courts in India. However, the Act does not specify disputes which are #arbitrable in India and it is the courts who decide this contested issue on a case-to-case basis.

In one such case, recently the Three Judges Bench of the Hon’ble Supreme Court of India in the case of Suresh Shah vs. Hipad Technology India Private Limited [AP (Civil) No(S). 08/2020], vide its Judgment dated 18.12.2020 held that disputes pertaining to eviction or tenancy are governed by special statutes, where the tenant enjoys statutory protection against eviction. Such special statutes have also given power to specific courts/forum alone to adjudicate the disputes. Hence, such disputes are held non­-arbitrable.

In this case, Mr Suresh Shah (‘Petitioner’) has filed a petition under Section 11(5) of the Act, 1996 for the appointment of a Sole Arbitrator for resolving the disputes that have arisen between the Petitioner and Hipad Technology India Private Limited (‘Respondent’) in relation to the Sub­-Lease Deed dated 14.11.2018.

Background: The property in question (‘Property’) initially allotted and leased by the New Okhla Industrial Development Authority under a Lease dated 26.03.2003 had changed hands and the Lease was ultimately transferred in favour of the Petitioner under a Transfer Memorandum dated 13.04.2011.

The Supreme Court noticed that the Arbitration Clause states that the Parties have agreed to secure appointment of the Arbitrator through the High Court of Delhi at New Delhi.

In this regard, the Supreme Court observed that the Petitioner is an an individual who is a national of Kenya and has entered into a contract/Deed. Since, the disputes have arisen under the said Deed, the same qualifies as an ‘International Commercial Arbitration’ as defined in Section 2(f) of Act, 1996. In such circumstance, it said that the Apex Court has to appoint an Arbitrator as provided under Section 11(6) of the Act, 1996 and not by the High Court as stated in the Deed entered into between the Parties.

The Supreme Court also pointed out that the first part of Arbitration Clause provides for arbitration of dispute relating to lease/tenancy agreements/deeds, but such Lease is governed by Transfer of Property Act, 1882 (‘TP Act’).

Issue: The Supreme Court formulated the issue as to find out whether in the instant case the dispute arising under the Sub-Lease Deed dated 14.11.2018 being governed under the TP Act, is arbitrable.

In this regard, the Petitioner contended that the tenancy in the instant case is not created nor is the leased/tenanted Property governed by a special statute, where the tenant enjoys statutory protection and as such there is no impediment for resolving the dispute through arbitration.

Decision: The Supreme Court has taken note of the provisions contained in Section 111, 114 and 114A of the TP Act. These provisions indicate the manner in which the determination of lease would occur, which also includes determination by forfeiture due to the acts of the lessee/tenant by breaching the written conditions agreed between the parties or provided in law. The Supreme Court said that it is an enabling provision as to exercise of an equitable jurisdiction in appropriate cases as a matter of discretion.

The Supreme Court also clarified that if the Parties to the Lease Deed have agreed upon the alternate mode of dispute resolution such as arbitration, then the landlord would be entitled to invoke the arbitration clause and make a claim before the Learned Arbitrator. Even in such proceedings, if the circumstances as contained in Section 114 and 114A of TP Act arise, it could be brought up before the Arbitrator who would take note of the same and act in accordance with the law and pass the award.

The Supreme Court concluded that insofar as matters related to eviction or tenancy that are governed by special statutes, where the tenant enjoys statutory protection against eviction and wherein the Court/Forum is specified and jurisdiction is conferred, such matters would be adjudicated under the said special statute alone. Therefore, in such cases the dispute is non-arbitrable.

Similarly, if the special statutes do not apply to the premises/property and the lease/tenancy created thereunder when the cause of action arises to seek for eviction, in such transaction, if the parties are governed by an arbitration clause, then the dispute between the parties is arbitrable.

Thus, the Supreme Court held that in view of the fact that the Respondent neither replied to the said Notice nor objected to the Arbitrator proposed by the Petitioner, therefore, the Petition for appointment of Sole Arbitrator was allowed and Justice (Retired) Mukul Mudgal was appointed as the Sole Arbitrator.