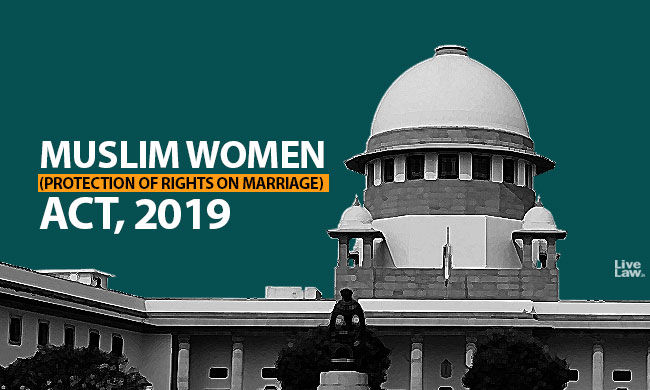 Supreme Court Holds That Relatives of a Muslim Husband Cannot be Accused of an Offence Under The Muslim Women (Protection of Rights on Marriage) Act, 2019

The Three Judge Bench of the Hon’ble Supreme Court of India comprising of Justices Dr. Dhananjaya Y Chandrachud, Indu Malhotra and Indira Banerjee passed a Judgment dated 17-12-2020 in the case of Rahna Jalal v. State of Kerela and Another {Criminal Appeal No 883 of 2020 (Arising out of SLP (Crl) No 5693 of 2020)} and held that under the provisions of #MuslimWomen (Protection of Rights on Marriage) Act 2019 (hereinafter Act), the relatives of the Muslim husband cannot be accused of an offence under the said Act.

In the present case, the marriage between the Second Respondent and Appellant’s son was solemnised on 14-05-2016. On 27-08-2020, a first information report (FIR) was lodged by the second Respondent complaining of offences under Section 498-A r/w Section 34 of the Indian Penal Code, 1860 (IPC) and the Muslim Women (Protection of Rights on Marriage) Act 2019. The allegation in the said FIR is that the Appellant’s son on 05-12-2019, at around 2:30 pm pronounced talaq three times at their house. Following this pronouncement, the Appellant’s son entered into a second marriage.

The Apex Court held that “Thus, on a preliminary analysis, it is clear that the appellant as the mother-in-law of the second respondent cannot be accused of the offence of pronouncement of triple talaq under the Act as the offence can only be committed by a Muslim man.”

Allowing the Appeal, the Apex Court held that in the event of arrest, the Appellant who is the mother-in-law of the second Respondent shall be released on bail by the competent Court.