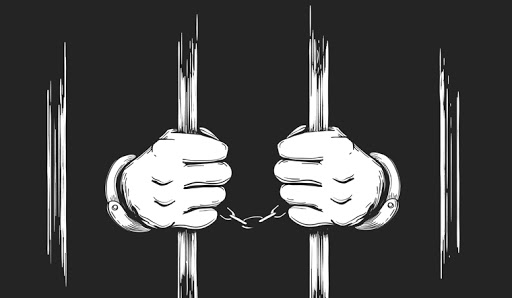 Supreme Court Reiterates the Grounds for Grant of Anticipatory Bail

The Supreme Court has in a recent case of Dr Naresh Kumar Mangla vs Smt. Anita Agarwal & Ors. etc passed a Judgment dated 17-12-2020 and reiterated the grounds for grant of anticipatory #bail.

In this case, a Case Crime No. 0623 of 2020 was registered by the Appellant-Deceased’s Father against the Respondents-Accused, i.e., the Husband, Parents-in-Law, Brother-in-Law and Sister-in-Law of the Deceased, at Police Station Tajganj, District Agra for the following offences:

The said Applications were dismissed by the Sessions Court, Agra. Thereafter, in Appeal before the High Court of Judicature at Allahabad (High Court), the Applications for Anticipatory Bail were allowed, vide Order dated 29-09-2020 on the ground that the allegations made in FIR were general in nature and that no specific role has been assigned to any of the Respondents regarding the alleged demand of dowry.

Aggrieved by the High Court dated 29-09-2020, the Appellant filed an Appeal before the Supreme Court. The Apex Court made the following observations in this case:

1- That anticipatory bail is granted under Section 438 CrPC, in anticipation of arrest and is therefore effective at the very moment of arrest. …. it is a pre-arrest legal process which directs that if the person in whose favour it is issued is thereafter arrested on the accusation in respect of which the direction is issued, he shall be released on bail.

2- That the following factors have to be taken into account, while considering an application for the grant of anticipatory bail:

i) the nature, gravity and seriousness of the allegation and the exact roles of the accused;

ii) the previous convictions, if any of the accused;

iii) the possibility of the accused fleeing from justice;

iv) the possibility of the accused repeating similar or other offences;

v) the purpose of making the allegations, i.e., whether to injure or humiliate the accused by having him arrested;

vi) the impact of grant of anticipatory bail on public;

vii) whether the grant of anticipatory bail would cause prejudice to the free, fair and full investigation;

viii) whether the arrest would cause unjustified detention, harassment, and humiliation to the accused;

ix) any likelihood or reasonable apprehension of tampering of the witnesses or threat to the complainant; etc

3- That arrest is only the last option. Anticipatory bail may be granted in exceptional circumstances, where the court opines that the accused has been falsely roped in the offence or that he would not misuse his liberty, etc.

4- But in the event that the court considering the bail application has not meticulously examined the evidence collected by the police or has not considered relevant material indicating prima facie involvement of the accused, etc, then the Sessions Court or the High Court would be justified in cancelling the bail.

5- In this case, the FIR consists of complete details about the allegations of demand of dowry, threatening calls, previous transactions involving payment of dowry to the Respondent(s), etc. Thus, grant of anticipatory bail to the Respondents would cause obstruction to the investigation.

6- Therefore, the High Court erred in allowing the Bail Applications, as it ignored material and relevant facts, which were a matter of investigation, such as transfer of funds to the Respondents, lack of external injuries on the body of the Deceased threatening calls made by the Respondents, etc.

Hence, the Supreme Court set aside the Order passed by the High Court allowing Bail Applications for Anticipatory Bail. Further, the Apex Court directed the Central Bureau of Investigation (CBI) to conduct investigation into Case Crime No. 0623 of 2020.