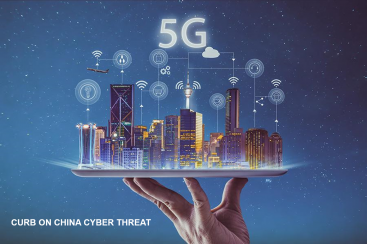 In a recent move, the #IndianGovernment has restricted #Chinesevendors from #doingbusinessinIndia for #Cybersecurity reasons. The Government has approved the National Security Directives for the Telecom Sector. As per this Policy, the National Cyber Security Co-ordinator will be appointed as “Designated Authority” in order to restrict “meddling by Chinese elements” in India’s critical infrastructure such as Telecom.

The Government has observed several lapses and cyber security threats due to Chinese vendors. It is now decided that the Designated Authority shall prepare a list of “Trusted Sources” from whom telecom equipment can be purchased. The Government has also made Amendments in the License issued to Chinese Companies for the safety and security of India.

The Government is now planning a digital firewall against China in the interest of Defence and National Security. The new rules will kick start from 15th June, 2021 and once this happens Telecom Companies will not be able to buy any products that are labelled “non-trusted.”

Two Chinese Companies namely, Huawei and Zte have been accused of installing backdoors in their technology. These backdoors make it easy for hackers to exploit the network. Chinese hackers were caught targeting critical infrastructure in India by using malware at the peak of the Border stand of at Ladakh last year.

It is also reported that Chinese hackers were responsible for Mumbai’s blackout last year that resulted in a complete stand still of Mumbai. Chinese hackers are therefore considered a National Security threat for India. It is believed that due to Chinese hackers at Microsoft 30,000 systems belonging to American Organizations and Government were hacked. It is reported that important information was stolen from these systems.

The Government now plans to put in place a new a Cyber-Security rules that will help India to curb hacking by foreigners. The new move of restricting the Chinese Companies from doing business in India will successfully keep the Chinese out of the 4G expansion space. It will also further effectively prevent the Chinese from participating in the 5G auctions.