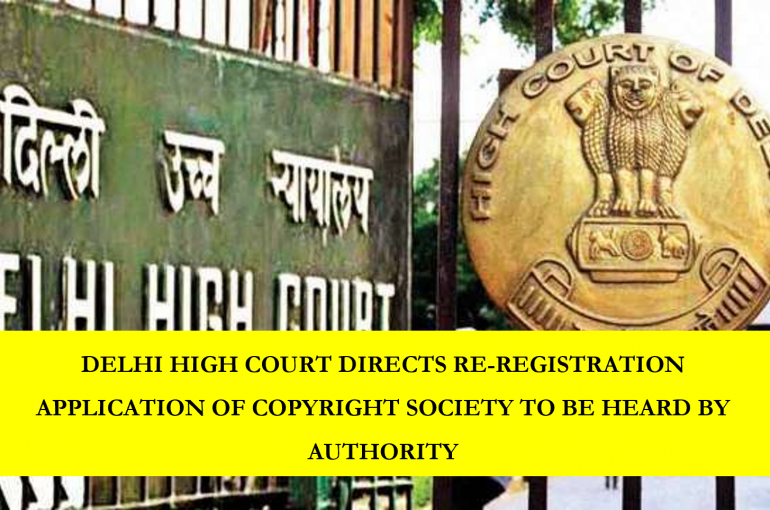 A single-judge bench of Justice Yogesh Khanna of the High Court of Delhi, on 09.03.2022, while deciding a writ petition in the case of Phonographic Performance Limited v. Union of India & ors., held that the principle of natural justice would also apply to the cases of re-registration of copyright societies.

In this case, the Petitioner was a company registered under the Companies Act, 1956 and also the largest registered copyright society for sound recordings. In 2012, an amendment was introduced in the Copyright Act according to which it was made mandatory for the registered copyright societies to get themselves re-registered within a year of the commencement of the Copyright (Amendment) Act, 2012 under Section 33 (3A). Subsequently, the Copyright Rules, 2013 were introduced on 14.03.2013, according to which the copyright society seeking re-registration had to file an application within 2 months of coming into force of the Rules. Accordingly, the Petitioner filed an application of re-registration on 09.05.2013, which is within a year of the Act coming into force and within 2 months of the said Rules coming into force.