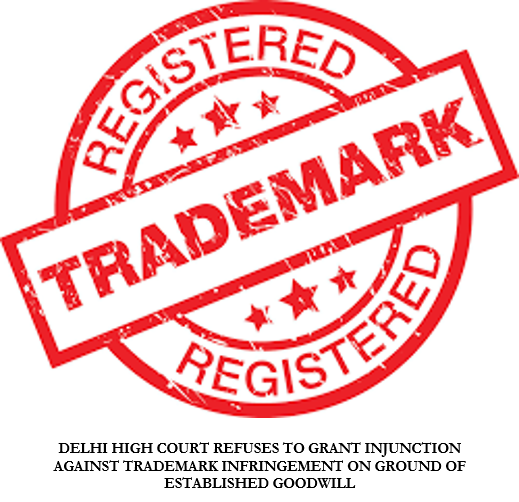 A Two Judge Bench of the Hon’ble Delhi High Court (#HighCourt) comprising of Justices Rajiv Sahai and Amit Bansal passed a #Judgment dated 06-07-2021 in the case of Ampa Cycles Private Limited v. Jagmohan Ratra FAO(OS) (COMM) 75/2021 whereby the High Court refused to grant #injunction against the Appellant/Defendant Company in respect of the usage of #trademark, as the Appellant/Defendant Company was able to establish substantial sales, consumer base and #goodwill in the said mark.

Subsequently, by a Dissolution Deed dated 01-08-2013, the partnership firm, M/s Four Diamonds was dissolved and the Respondent/Plaintiff continued the business under the trading name and style M/s Four Diamonds as his sole proprietorship concern. Also, the Dissolution Deed specifically stated that the Respondent/Plaintiff will use the trademark for manufacturing all models up to 14 inches only. Further, the Deed provided that ABPL, which came under the control of Mr. Hari Dutt Sharma will not manufacture models up to 14 inches for a period of three years.

It was decided that the trade mark ‘AMPA’ shall be used by two entities (a) by M/s Four Diamonds, i.e. the Respondent/Plaintiff in respect of cycles up to 14 inches in tyre radius and (b) by the company ABPL in respect of all cycle models of more than 14 inches. In the year 2013, the name of the Company ABPL was struck off from the Registrar of Companies; however, the trade mark ‘AMPA’ was still being used by the Respondent/Plaintiff for cycles.

The Appellant/Defendant company applied for registration of the trade mark on 15-11-2018 and subsequently applied for registration for the mark ‘AMPA’ along with device on 17-09-2020. On 22-03-2019, Trademark Application No. 4125674 was filed by the Respondent/Plaintiff claiming to be the user since 2011 and later, the Appellant/Defendant filed a Notice of Opposition against the said Trademark Application on 10-11-2020. In November, 2020, the Respondent/Plaintiff came to know that the trade mark ‘AMPA’ was being used by Appellant/Defendant for identical goods, i.e. cycles.

Subsequently, vide Order dated 23-12-2020, an interim injunction was granted in favour of the Respondent/Plaintiff by the High Court. Thereafter, vide Order dated 17-03-2021, the Single Judge of the High Court confirmed the interim injunction granted in favour of the Respondent/Plaintiff and dismissed the Interim Application filed against the Appellant/Defendant for permanent injunction to restrain passing off of trade mark and for ancillary reliefs.

Aggrieved, an Appeal was filed on 18-05-2021 against the Order dated 17-03-2021 before the Division Bench of the High Court. After taking into consideration, the arguments advanced by the Parties to the dispute, the High Court observed that under the Dissolution Deed both parties were granted proprietary rights in respect of the trade mark ‘AMPA’. Further, the Bench held that “Once the respondent/plaintiff has expressly waived his right on the trade mark in favour of the appellant/defendant company, he cannot restrain the appellant/defendant company from exercising the aforesaid rights, even though the said rights have been exercised after passage of substantial time.”

While allowing the Appeal and dismissing the impugned Order dated 17-03-2021, the Court made the following observation:

“22. From the documents filed by the respondent/plaintiff itself, it is evident that the appellant/defendant company, even though it has started using the trade mark ‘AMPA’ only in 2018, has established substantial sales and customer base and goodwill in the said mark. Therefore, the balance of convenience also dictates that no injunction is passed against the appellant/defendant company.”