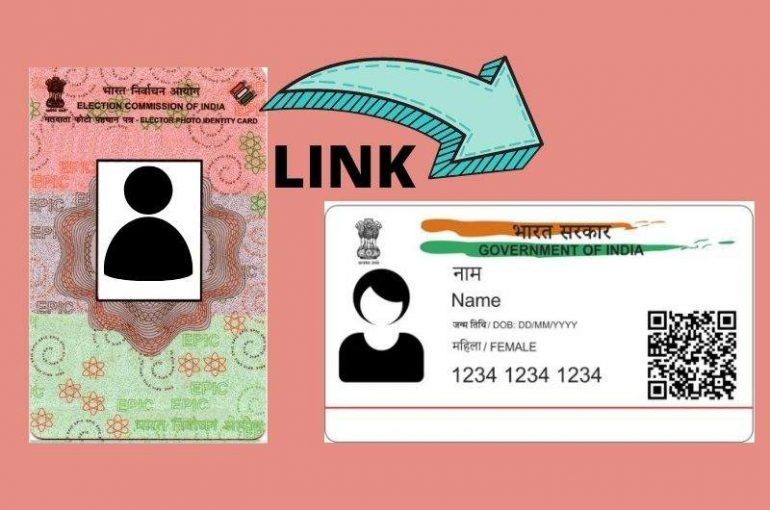 Recently, the #LokSabha on 20-12-2021 passed the #Election Laws (Amendment) Bill, 2021 (Bill) which seeks to link #Aadhaar with the Elector’s Photo Identity Card (#EPIC). Hitherto the same person was registering his vote on multiple forums, thereby defeating fair elections. The Government has introduced this Bill to curb the menace of multiple enrolment of the same person in different places. Obviously, this was not taken to kindly by the Opposition, in particular, the Congress, AIMIM, BSP and other Opposition Parties through voice vote.  What this Bill aims to do is to ensure transparency in the election procedure by ensuring one Aadhaar Card is equal to one Vote.

According to Reports, the Voter-Aadhaar linkage has been a demand of the Election Commission since the year 2015. The Opposition while demanding the rollback of the Bill claimed that the Bill would be violative of the Constitutional Rights of the citizens as it would infringe their Right to Privacy. However, the Bill was cleared by the Union Cabinet on electoral reforms. These reforms included the Bill seeking to link the electoral roll with Aadhaar on a voluntary basis to root out multiple enrolments.

According to the Bill, one can link the Aadhar Card to their Voter ID via the National Voter Service Portal, Phone, SMS or by visiting the nearby booth level Officers.

Here is how one can link their Aadhaar to Voter ID online:

2) Log in using either mobile number or email ID or voter ID number.

3) Enter State, District and other personal details and click on the search button.

4) If entered correctly, details will match with that of the Government’s database and will be displayed on the screen.

5) Click on ‘Feed Aadhaar No’ option on the left side of the screen and a pop-up will soon appear on the page.

7) Cross check every detail entered and hit the submit button.

8) Now, a message will appear on the screen saying that the application has been registered successfully.

Here is how one can link Aadhaar to voter ID card via phone:

2. Provide voter ID number and Aadhaar number to link them.

3. One can also call the dedicated call centres to link Aadhaar with voter ID.

Here is how one can link Aadhaar to voter ID card via Booth Level Officers:

(1) Visit the nearest Booth Level Office and submit an Application.

(2) The Booth Officer will have a look at the details and visit one’s place for further verification.

(3) Following proper verification, the Aadhaar-Voter ID linkage will reflect in the records.