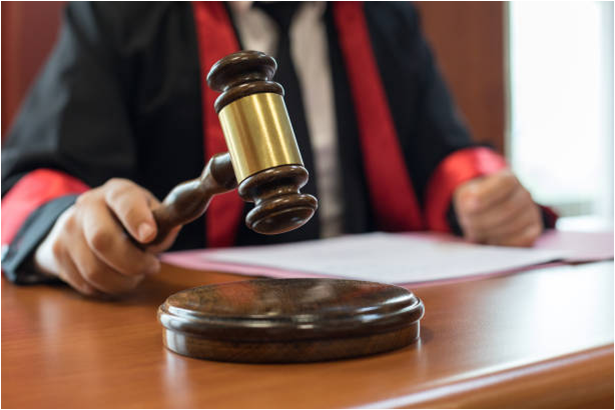 A Principal Bench of the National Company Law Appellate Tribunal (NCLAT)  comprising of Justice Anant Bijay Singh (Judicial Member) and Ms. Shreesha Merla passed a Judgment dated 14-02-2022 in the case of Noida Special Economic Zone Authority Vs Mr. Manish Agarwal Resolution Professional of Shree Bhomika International Limited And Ors{Company Appeal (AT) Insolvency No. 90-91 of 2021} and reiterated that the commercial wisdom of the Committee of Creditors (CoC) while evaluating the Resolution Plans shall prevail, however the same must not be in contravention of any law.

For reference Section 31 of the Code is reproduced below:

[Provided that the Adjudicating Authority shall, before passing an order for approval of resolution plan under this sub-section, satisfy that the resolution plan has provisions for its effective implementation.]

(a) the moratorium order passed by the Adjudicating Authority under section 14 shall cease to have effect; and

[(4) The resolution applicant shall, pursuant to the resolution plan approved under sub-section (1), obtain the necessary approval required under any law for the time being in force within a period of one year from the date of approval of the resolution plan by the Adjudicating Authority under subsection (1) or within such period as provided for in such law, whichever is later.

Aggrieved, an Appeal being Company Appeal (AT) Ins. No. 90-91 of 2021 was filed by the Operational Creditor of M/s Shree Bhomica International Ltd. (Corporate Debtor) in the National Company Law Appellate Tribunal thereby impugning the Orders dated 27-11-2020 and 05-10-2020 passed by the Ld. Adjudicating Officer.

The main contention raised by the Appellant was that the approval of the Resolution Plan under Section 30 of the Code was in contravention of Section 30(2)(e) as the claim admitted was Rs. 6,29,18,121/- and the amount paid was only Rs. 50 Lacs. According to the Appellant, the Corporate Debtor made a default in the payment of the lease amount since 30-09-2019. It was also contended that there were fixed charges and penalties for change in the pattern of the business model; that the Reserve Price for the land, building and machinery was Rs. 918 Lacs and that at the time of valuation, the valuer did not physically inspect the site but instead based his valuation on the documents placed before him and in fact the valuer admitted that the building plans were not given to him at the time of valuation. Furthermore, it was also pointed out that since the Resolution Applicant was trying to bypass the statutory fees, this would lead to unjust enrichment, thereby violating Section 34(2)(d) of the Special Economic Zone Act, 2018 (Act).

After taking into consideration the facts, circumstances and the arguments advanced by the Parties to the dispute, the Bench referred to the case of Maharashtra Seamless Limited Vs. Padmanabhan Venkatesh & Ors. [(2020) 11 SCC 467], wherein the Apex Court had observed that“27. It appears to us that the object behind prescribing such valuation process is to assist the CoC to take decision on a resolution plan properly. Once, a resolution plan is approved by the CoC, the statutory mandate on the Adjudicating Authority under Section 31(1) of the Code is to ascertain that a resolution plan meets the requirement of sub-sections (2) and (4) of Section 30 thereof. We, per se, do not find any breach of the said provisions in the order of the Adjudicating Authority in approving the resolution plan.”

Another Judgment that the Bench relied upon was Ghanashyam Mishra & Sons Pvt. Ltd. Vs. Edelweiss Asset Reconstruction Company Limited & Ors.’ [(2021) SCC OnLine SC 313, wherein the Hon’ble Supreme Court clarified that the “Once the Resolution Plan is approved by the Adjudicating Authority under Section 31, the claims as provided in the Resolution Plan shall stand frozen and will be binding on the creditors including statutory authorities, employees and guarantors. Consequently, all the dues including statutory dues owed to the Central Government, State Government and Local Authority, if not part of the Resolution Plan, shall stand extinguished and no proceedings in respect of such dues for the period prior to date on which the Adjudicating Authority grant its approval under Section 31 could be continued.”

The NCLAT while placing reliance on the afore-mentioned cases observed that the commercial wisdom of the CoC is non-justiciable except on the grounds of Section 30(2). Furthermore, the Tribunal held that all the dues such as statutory dues owed to the Central Government, State Government and the Local Authority, if not a part of the Resolution Plan shall stand extinguished and no proceeding in respect of such dues for the period prior to the date on which the Adjudicating Authority has approved the Resolution Plan, could be continued.

With regard to the contention of there being a violation of Section 34(2)(d) of the Act, the Appellate Tribunal referred to Section 238 of the Code which gives the Code an overriding effect over other laws and held as follows:

“It is well settled that Insolvency and Bankruptcy Code overrides other law and under Section 31 of the Code, the Resolution Plan approved by the CoC and meeting the requirements under Section 30(2) has to be approved by the Adjudicating Authority. Commercial Wisdom of the CoC with respect to viability and financial decision taken while evaluating the Resolution Plan has to prevail, unless the Plan approved by the CoC is in conflict with any provision of the law and the distribution mechanisation suppressed the interest of the stakeholders besides taking care of the maximisation of the value of the assets of the corporate debtor, judicial intervention would not be warranted.”

The NCLAT, therefore refused to set aside the Resolution Plan as approved by the Ld. Adjudicating Authority.