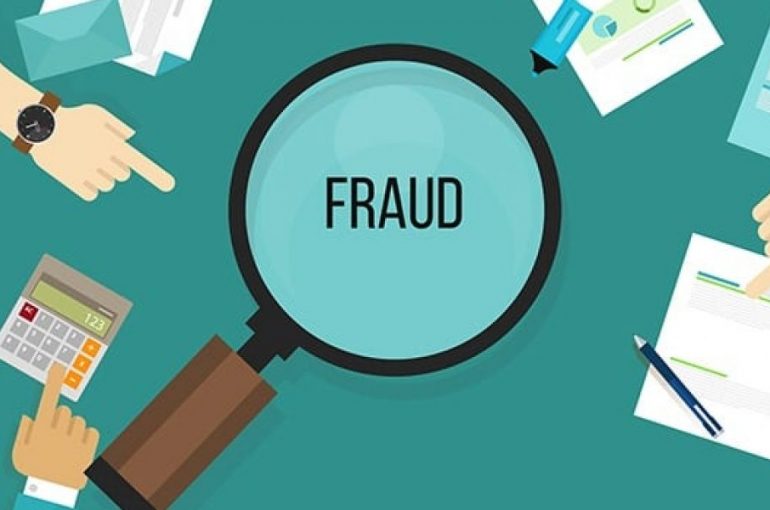 In this case, the Central Government directed SFIO to conduct investigation into the affairs of Adarsh Group of Companies and Limited Liability Partnerships (LLPs) in public interest in exercise of powers under Section 212 (1) (c) of the Companies Act 2013 and Section 43 (2) and (3) (c) (i) of the Limited Liability Partnership Act 2008, which are reproduced below for easy reference:

(1) Without prejudice to the provisions of section 210, where the Central Government is of the opinion, that it is necessary to investigate into the affairs of a company by the Serious Fraud Investigation Office—

(a) on receipt of a report of the Registrar or inspector under section 208;

(b) on intimation of a special resolution passed by a company that its affairs are required to be investigated;

(c) in the public interest; or

(d) on request from any Department of the Central Government or a State Government,

the Central Government may, by order, assign the investigation into the affairs of the said company to the Serious Fraud Investigation Office and its Director, may designate such number of inspectors, as he may consider necessary for the purpose of such investigation.

(2) The Central Government may appoint one or more competent persons as inspectors to investigate the affairs of a limited liability partnership and to report on them in such manner as it may direct.

(3) The appointment of inspectors pursuant to sub-section (2) may be made,—

(c) if, in the opinion of the Central Government, there are circumstances suggesting—

(i) that the business of the limited liability partnership is being or has been conducted with an intent to defraud its creditors, partners or any other person, or otherwise for a fraudulent or unlawful purpose, or in a manner oppressive or unfairly prejudicial to some or any of its partners, or that the limited liability partnership was formed for any fraudulent or unlawful purpose

Accordingly, the SFIO appointed certain Inspectors to conduct investigation into the affairs of Adarsh Group of Companies and LLPs. Thereafter, the Respondents No. 1 and 2 who are the Directors of Adarsh Group of Companies and LLPs were arrested pursuant to SFIO Approval dated 10-12-2018. The Respondents then approached the Delhi High Court in Writ Petition (Criminal) Nos. 3842 of 2018 and 3843 of 2018 and the High Court directed interim release of the Respondents vide Order dated 20-12-2018. However, the said High Court Order dated 20-12-2018 was set aside by the Supreme Court vide Order dated 27-03-2019 and as a result, the Respondents were sent to 14 days’ judicial custody on 05-04-2019, which was extended till 16-05-2019 by Special Court, Gurugram. Later, the judicial custody was again extended till 30-05-2019.

Meanwhile, the Respondents filed Applications for Regular Bail before the Delhi High Court on 03-05-2019.

During the pendency of the Bail Matter, the SFIO filed a Criminal Complaint before the Special Court, Gurugram under Sections 212 (15) and 439 (2) of the Companies Act for framing charges, etc on 18-05-2019. The relevant provisions are reproduced below for quick reference:

(15) Notwithstanding anything contained in this Act or in any other law for the time being in force, the investigation report filed with the Special Court for framing of charges shall be deemed to be a report filed by a police officer under section 173 of the Code of Criminal Procedure, 1973 (2 of 1974)

(2) No court shall take cognizance of any offence under this Act which is alleged to have been committed by any company or any officer thereof, except on the complaint in writing of the Registrar, a shareholder or a member of the company, or of a person authorised by the Central Government in that behalf:

Provided that the court may take cognizance of offences relating to issue and transfer of securities and non-payment of dividend, on a complaint in writing, by a person authorised by the Securities and Exchange Board of India:

Provided further that nothing in this sub-section shall apply to a prosecution by a company of any of its officers.

Meanwhile, the Respondents filed Bail Applications before the Special Court under Section 167 (2) of the Code of Criminal Procedure 1973 (CrPC) on 20-05-2019. The relevant provision is reproduced below for quick reference:

(ii) sixty days, where the investigation relates to any other offence,

and, on the expiry of the said period of ninety days, or sixty days, as the case may be, the accused person shall be released on bail if he is prepared to and does furnish bail, and every person released on bail under this sub-section shall be deemed to be so released under the provisions of Chapter XXXIII for the purposes of that Chapter.

However, the said Bail Application was dismissed vide Order dated 22-05-2019, on the ground that (i) Section 167 (2) (a) CrPC provides that upon expiry of the 90 days / 60 days period of custody, if the investigation is still not complete, the accused may apply for being released on bail; (ii) but in this case, the SFIO had completed its investigation and filed the Criminal Complaint and the Charge-Sheet before the Special Court on 18-05-2019, which is within the 60 day limit starting from 05-04-2019 when the Respondents were first sent to judicial custody.

Meanwhile, the High Court allowed the Regular Bail Applications filed by the Respondents on 03-05-2019 and directed their release on Bail, vide Order dated 31-05-2019 on the ground that only Charge-Sheet was filed within the 60 day time limit but the Special Court did not take cognizance of the same within the said prescribed period. Hence, the High Court held that the Respondents are entitled to Bail.

Aggrieved by the said High Court Order dated 31-05-2019, the SFIO filed an Appeal before the Supreme Court. The Apex Court while passing the Judgment dated 07-02-2022, made the following observations:

1) That the Respondent-Directors have been accused for committing offences under Section 447 of the Companies Act 2013 (Punishment for fraud), Section 120-B (Punishment of criminal conspiracy) read with Sections 417 of the Indian Penal Code, 1860 (IPC) (Punishment for cheating), 418 IPC (Cheating with knowledge that wrongful loss may ensue to person whose interest offender is bound to protect), 420 IPC (Cheating and dishonestly inducing delivery of property), 406 IPC (Punishment for criminal breach of trust), 463 IPC (Forgery), 467 IPC (Forgery of valuable security, will, etc), 468 IPC (Forgery for purpose of cheating), 471 IPC (Using as genuine a forged document or electronic record) and 474 IPC (Having possession of document described in section 466 or 467, knowing it to be forged and intending to use it as genuine).

3) That as per Section 167 (2) CrPC, if the investigation is not complete within the prescribed 90 days / 60 days period, then the accused may apply for statutory bail on 91st / 61st day before the Magistrate and it is his indefeasible right to be granted bail. However, if the chargesheet is filed within the 90 days / 60 days stipulated time period, the right of the accused to statutory bail would come to an end and the accused would be entitled to pray for regular bail on merits. Further, in the latter case, filing of chargesheet within the stipulated time is sufficient compliance of Section 167 (2) CrPC and taking cognizance of the same is not material to Section 167 CrPC.

4) Hence, in this case, filing of Charge-Sheet before the Special Court within the prescribed time period is deemed to be sufficient compliance of Section 167 (2) CrPC and thus, the Accused cannot demand release on default / statutory bail under Section 167(2) on the ground that cognizance has not been taken before the expiry of 60 days.

5) Therefore, in such a case, the Accused has to continue to remain in judicial custody i.e. custody of the Magistrate herein till such time cognizance is taken by the Magistrate.

Thus, based on the aforesaid observations, the Supreme Court set aside the High Court Order dated 31-05-2019 and held that the High Court’s observations that (a) the Accused is entitled to statutory bail on the ground that the Special Court did not take cognizance within the prescribed time period under Section 167 CrPC; (b) the Accused cannot be remanded beyond the period of 60 days under Section 167 CrPC and (c) that further remand could only be at the post-cognizance stage, are not correct.