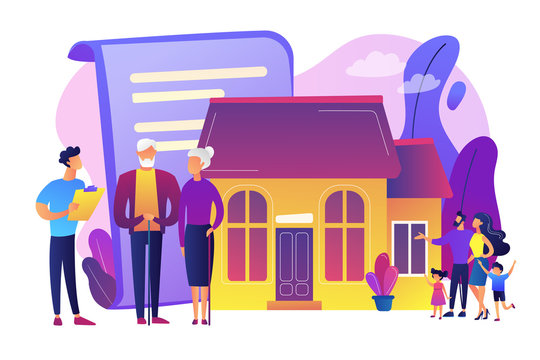 A Division Bench of the Supreme Court, comprising of Justice L. Nageswara Rao and Justice B.R. Gavai, on 26.04.2022, held that inheritance depends upon the question as to whether a person had supported the deceased parents in their old age or not, while deciding the case of Smt. Kaithuami [L] Through L.Rs. V. Smt. Ralliani And Others, CIVIL APPEAL NOS. 71597160 OF 2008.

In this case, one P.S. Dahrawka and one Kaithuami were married on 28.01.1927. Out of this wedlock, 10 children were born, however only 8 survived, consisting of 7 daughters and only son, Thanhnuna. The Mizo Customary Law of Inheritance of Mizoram provides that a son shall inherit the properties of a Mizo and if the deceased is survived by more than one son, the youngest son shall inherit the property. On 05.03.1978, P.S. Dahrawka died, survived by his wife, 7 daughters and only son. All the daughters were married and were living with their respective families. The youngest daughter got divorced and started living with her mother since January, 1997. After the death of P.S. Dahrawka, his son had applied for heirship certificate to inherit his property. However, before his application could be decided, he died on 28.04.1996, and he was survived by his widow and 2 daughters, who were the Respondents in this case. The Application for Heirship Certificate was dismissed due to the death of the Applicant (P.S. Dahrawka’s son). The Applicant’s Widow filed an Application for Restoration of Application for Heirship Certificate filed by her Husband-the Deceased-Thanhnuna. The same was again dismissed by the Subordinate District Council Court, Aizawl (Civil Court) vide Order dated 03.07.1996. Thereafter, Mrs. Kaithuami (Mother of the Deceased Son-Thanhnuna and Appellant in this case) also filed an Application, claiming Heirship Certificate in respect of the properties of her Husband Deceased-P.S. Dahrawka. The said Application was objected to by the Widow and Daughters of Deceased-Thanhnuna.

The dispute resulted in filing of a Civil Suit in the Civil Court at Mizoram. This Suit was decreed in favour of Kaithuami (Mother of the Deceased Son-Thanhnuna and Appellant in this case) by an Order dated 07.08.1997.

The Respondents filed a First Appeal before the District Council Court, Aizawl. The Appellate Court vide Order dated 09.07.2001 directed that the disputed property be divided between four Daughters of Kaithuami (Mother of the Deceased Son-Thanhnuna), on one hand and the Widow and Daughters of Deceased-Thanhnuna on the other hand.

Aggrieved, the Appellants preferred a Second Appeal before the High Court of Guwahati, and the High Court vide Order dated 13.05.2003, remitted the matter to the First Appellate Court, i.e., District Council Court, Aizawl for deciding the First Appeal afresh. The District Council Court, Aizawl by Order dated 10.07.2003, decreed in favour of Kaithuami and her Daughters.

Aggrieved, the Appellants, Kaithuami and her Daughters, then filed an Appeal before the Supreme Court. The Apex Court referred to the Section 109(3) and Section 109(10) of the Mizo Customary Law and observed that though as per the Mizo Customary Law, it is the youngest son, who would be entitled to inherit the property of his father; there is ample scope for distribution of the property in a fair and reasonable manner.

The Supreme Court then referred to the Order of the District Council Court, Aizawl dated 28.02.2006. The District Council Court found that under the Mizo Customary Law, inheritance also depends upon the responsibilities carried out by the legal heir. It has been found that till his death, Thanhnuna was looking after his Mother-Kaithuami. However, after his death, the youngest daughter came back to her original home to look after her aged Mother-Kaithuami. It was found that the provision of Mizo Customary Law relating to ‘divorced’ in the matter of inheritance would apply to her and her right to inheritance of her Father’s properties subsisted by virtue of her being divorced and coming back to the original family for looking after her Mother. The District Council Court found that the youngest daughter looked after her Mother till her death and also discharged the responsibility of erecting ceremonial tombstone for her Mother.

The Apex Court then relied on the Judgement of Thansiami vs. Lalruatkima and ors., (2012) 2 Gauhati Law Reports 309, where it was held that inheritance depends upon the question as to whether a person supports the deceased in his old age or not. It has been held that if a natural heir does not support his parents, he would not be entitled to inheritance. The Supreme Court on the consideration of equity and the responsibility of a legal heir to look after the elders in the family, supported the Order dated 28.02.2006 passed by the District Council Court on Second Appeal and thereby reversed the Order of the High Court dated 07.11.2007 and affirmed the Order dated 28.02.2006 of the District Council Court.