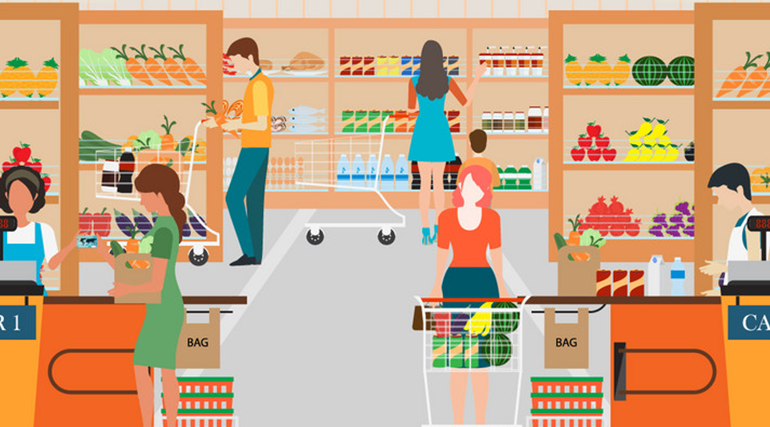 A Three Judge Bench of the Supreme Court comprising of Chief Justice of India, NV Ramana, J. AS Bopanna and J. Hima Kohli has in the matter of Future Coupons Private Limited and Others vs Amazon.Com Nv Investment Holdings LLC and Others and 3 connected matters, passed a Judgment dated 01-02-2022 and decided upon the Amazon-­Future commercial dispute.

In this case, the following agreements were executed by Amazon and Future:

However, due to COVID 19 and Lockdown declared in the country in 2020, the Future Retail business suffered a downturn and was at a risk of becoming insolvent. As a result, the Board of Future Retail decided to sell, retail businesses and assets to Reliance, which is a Restricted Person, for a consideration in excess of Rs. 25,000 Crores, vide Board Resolution dated 29-08-2020, in order to alleviate its financial position and protect the employment of around 25000 Employees of the Future Group.

Aggrieved by the said transaction, Amazon initiated Arbitration Proceedings against Future Coupon and Future Retail before Singapore International Arbitration Centre (SIAC) in 2020 and parallelly, Future Retail filed a Suit before the Delhi High Court against tortious interference of Amazon in Future Retail’s Scheme to sell its Assets in 2020.

The Arbitrator passed an Order dated 25-10-2020 injuncting Future Coupon and Future Retail from taking any further steps to transfer / dispose / alienate / encumber Future Retails’ Assets or shares in any manner without the prior written consent of Amazon.

The Single Judge of the Delhi High Court passed an Order dated 21-12-2020 and held that (a) Amazon is not entitled to exercise control on Future Retail under the Foreign Exchange Management Act 1999 (FEMA) Foreign Direct Investment (FDI) Rules, without obtaining Government approvals for the same. Further, the submissions of Amazon that the proposed transaction between Future Retail and Reliance is in breach of the Shareholder Agreement dated 12-08-2019 executed by and between Future Coupon and Future Retail, has to be determined during trial; (b) The High Court also refused interim relief to Future Retail on the ground that there may not be an irreparable loss to Future Retail in this case, as submissions have already been made by both Future Retail and Amazon before the Statutory Authorities and it is now for the Statutory / Regulatory Authorities to apply their mind and decide upon the case.

Meanwhile, both the Competition Commission of India (CCI) and Securities Exchange Board of India (SEBI) approved the Scheme proposed by Future Retail and Reliance. Thereafter, Future Retail filed for sanction of the said Scheme of Arrangement under Section 230 (Power to compromise or make arrangements with creditors and members), Section 231 (Power to Tribunal to enforce compromise or arrangement) and Section 232 (Merger and amalgamation of companies) of the Companies Act 2013 before the National Company Law Tribunal (NCLT).

Aggrieved by the said Division Bench Order dated 08-02-2021, Amazon filed an Appeal before the Supreme Court. The Apex Court vide Order dated 22-02-2021 allowed NCLT Proceedings to continue but directed NCLT not to pass any final order regarding the Scheme of Arrangement.

Aggrieved, Amazon filed Special Leave Petition (SLP) before the Apex Court against the aforesaid Order dated 22-03-2021 of the Division Bench of Delhi High Court. The Supreme Court vide Judgment dated 06-08-2021 set aside the Division Bench Orders dated 08-02-2021 and 22-03-2021 on the ground that Arbitrator is empowered to pass interim orders under Section 17 of the Arbitration Act and such orders are an important step to reduce the burden on the civil courts and expedite interim relief to parties.

Thereafter, Future Retail and Future Coupon filed Special Leaves to Appeal before the Supreme Court against the Impugned Orders 1 and 2 of the Single Judge. The Supreme Court vide Order dated 09-09-2021 stayed all proceedings before Delhi High Court and further, restrained NCLT, CCI and SEBI from passing any final order for a period of 4 weeks.

Aggrieved by the said Impugned Order 3, Future Retail and Future Coupon filed SLPs before the Supreme Court. The Apex Court passed a Judgment dated 01-02-2022 and made the following observations in this case:

1) That the Single Judge of the Delhi High Court has committed serious procedural errors by not following the Principles of Natural Justice while passing the Impugned Orders. The Single Judge failed to provide opportunity to Future Retail and Future Coupon to file a counter to establish their defense.

2) Natural justice is usually discussed in the context of administrative actions, wherein procedural requirement of a fair hearing is read in to ensure that no injustice is caused. When it comes to judicial review, the natural justice principle is built into the rules and procedures of the Court, which are expected to be followed meticulously to ensure that highest standards of fairness are afforded to the parties.

3) That especially in commercial matters, Courts have to be more cautious and allow reasonable opportunity to parties, as commercial disputes have a serious impact on the economy and on the employment of thousands of people.

4) Further, the Impugned Order 2 wrongly attached the Assets of Future Retail and Future Coupon, on the ground that they have wilfully disobeyed the Arbitrator’s Order dated 25-10-2020. For determining ‘wilful disobedience’ it has to be established that there was an evil motive / calculated action to disobey the order. However, in the event such disobedience is the result of certain compelling circumstances, then the person cannot be punished.

5) That in this case, the Single Judge wrongly held that Future Coupon and Future Retail wilfully disobeyed the Arbitrator’s Order dated 25-10-2020 by approaching NCLT, CCI and SEBI. In fact, the Supreme Court had allowed Future Coupon and Future Retail to approach the Statutory / Regulatory Authorities, vide Orders dated 22-02-2021 and 09-09-2021. Furthermore, Amazon was not interested in proceeding with such punitive directions of the Single Judge.

Hence, the Impugned Orders of the Single Judge have been set aside by the Apex Court in this case. Further, the Supreme Court held that where an order is struck down as invalid on the ground of violation of Principles of Natural Justice, the matter has to heard afresh. Therefore, these matters have been remitted back to Single Judge of the High Court for adjudication on merits.