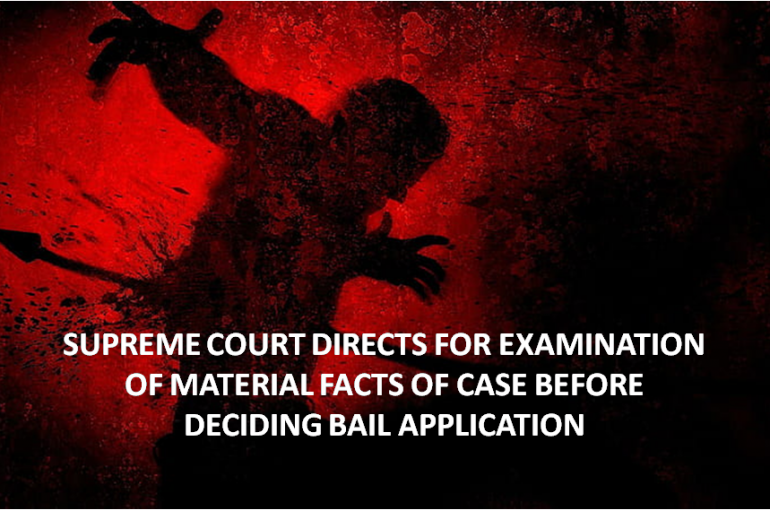 In the present case, F.I.R No. 229 of 2019 dated 15.05.2019 was registered before the Police Station Bhim, District Rajsamand, Rajasthan, at the instance of Deceased Sohan Singh’s son (herein referred as Complainant), on the ground that the Deceased did not return to his house after attending the marriage of his nephew on 14.05.2019. It was also stated that the Deceased was last seen outside the house of the Accused-Respondents. The Complainant also informed that 3 passerby witnessed the fight between the Accused and the Deceased on the night of his death and subsequently they dragged him into their house, wherein he was assaulted and murdered. After committing the murder, the Respondents dragged the body of the Deceased and threw in a nearby well.

After due investigation, a Charge Sheet was filed on 09.07.2019 before the District Judge, Rajsamand, Rajasthan, against all the Respondents for charges under Sections 302 (Punishment for murder), 201 (Causing disappearance of evidence of offence, or giving false information to screen offender) and 34 (Acts done by several persons in furtherance of common intention) of the Indian Penal Code, 1860. On 23.05.2019, the Respondents were arrested and were sent to judicial custody for nearly 4 months. Later, the High Court granted them bail, vide Orders dated 09.09.2019 and 17.10.2019.

The Respondents moved a Bail Application before the Additional Sessions Judge, Rajsamand under Section 439 of Code of Criminal Procedure, 1973, in Criminal Appeal No. 342 of 2022 and in Criminal Appeal No. 343 of 2022 which came to be rejected by Orders dated 09.07.2019 and 05.09.2019 respectively, on the ground of gravity of the offences alleged and the prima facie evidence on record as regards the guilt of the Accused.

Aggrieved by the grant of bail to the Respondents, the Appellant (wife of the Deceased), preferred the instant Appeals before the Apex Court, thereby challenging the Impugned Orders of the High Court.

The Hon’ble Supreme Court, after hearing the contentions of both the Appellant and the Respondents, passed a Judgment dated 11.02.2022 and made the following observations-