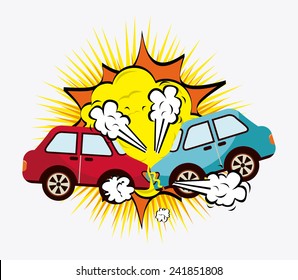 In a recent case decided by the Hon’ble Supreme Court of India comprising of Justice Aniruddha Bose and Justice Vineet Saran in the matter of Hyundai Motor India Limited vs. Shailendra Bhatnagar Civil Appeal No. 3001 of 2022, by Judgement dated 20th April, 2022, while dismissing the Appeal of Hyundai Motors, stated that they found no reason to interfere with the Judgement of the State Commission which was upheld by National Commission.

The Appellant are manufacturers of Hyundai vehicles and the Respondent is the owner of a Hyundai model Creta. The vehicle came with two front airbags that was supposed to get activated and safeguard the driver and the passenger sitting in the front seat. The car met with an accident resulting in substantial damage to the car but the airbags of the vehicle did not deploy at the time of collision. The Complainant suffered head, chest and also dental injuries. He took up the matter with Hyundai who in turn refused to accept responsibility for the failure of airbags. In their defense the Appellant obtained an investigation report which stated that the condition for deployment of airbag of was not met and as such the airbag failed to deploy.

The Delhi State Consumer Redressal Commission after hearing both parties upheld the Respondent’s claim and granted him relief. The Court held that it was the Complainant’s case that he had purchased the car primarily for its safety features which included the airbags which failed to deploy during the collision. The State Commission granted relief to the following effect:­

“19. Keeping in view of the facts and circumstances of the present consumer complaint, we direct the opposite party to:

The Appellant thereafter preferred an Appeal before the National Consumer Dispute Redressal Commission (NCDRC). The National Commission dismissed the Appeal and upheld the Judgement of the State Commission that had awarded compensation to the Complainant.

The Appellant dissatisfied with the Order of the National Commission dated 5th January,2021 went in Appeal before the Apex Court.The Supreme Court did not find any reason to interfere with the findings of the NCDRC and held as follows:

“We do not find any reason to interfere with the finding of the National Commission. We would like to add here that ordinarily a consumer while purchasing a vehicle with airbags would assume that the same would be deployed whenever there is a collision from the front portion of the vehicle (in respect of front airbags). Both the fora, in their decisions, have highlighted the fact that there was significant damage to the front portion of the vehicle. Deployment of the airbags ought to have prevented injuries being caused to those travelling in the vehicle, particularly in the front seat. A consumer is not meant to be an expert in physics calculating the impact of a collision on the theories based on velocity and force. In such circumstances, we do not find that there is any error in the findings of the two fora as regards there being defect in the vehicle.”

The Hon’ble Apex Court referred to the  principles detailing the factors guiding quantification of liability laid down by a Constitution Bench of this Court in the case of M.C. Mehta and Another v. Union of India and Others [(1987) 1 SCC 395]. In that case it has been opined:­

“32. We would also like to point out that the measure of compensation in the kind of cases referred to in the preceding paragraph must be corelated to the magnitude and capacity of the enterprise because such compensation must have a deterrent effect. The larger and more prosperous the enterprise, the greater must be the amount of compensation payable by it for the harm caused on account of an accident in the carrying on of the hazardous or inherently dangerous activity by the enterprise.”

The Hon’ble Apex Court held that failure to provide an airbag system which would meet safety standards of a consumer should be subject to punitive damages. The relief granted to the Respondent comes within the statutory framework and the Supreme Court also held that the direction issued against the Appellant by the State Commission which was upheld by the National Commission cannot be said to have failed the test of proportionality and when the subject defect is of such nature, the Appellants are bound to attract provisions relating to punitive damages. Therefore the Supreme Court dismissed the Appeal and upheld  the Order passed by the State Commission.

The Judgement is much welcomed by consumers who are always shown a rosy picture when buying a product. So long as the going is good the consumer and the company are both happy. However the problem always comes when a consumer invokes the warranty of a product. Invariably a company tries to escape its responsibility by going into technical aspects. For instance in this case the stance taken by them was that even if a collision took place the airbag did not deploy as the collision did not meet their technical criteria. For a Multi-National Company like Hyundai to take a defense such as the above mentioned technical report is pathetic. In advanced countries like the United States where the consumer rights are very evolved companies would never come up with such defense and would readily offer compensation to avoid punitive damages.