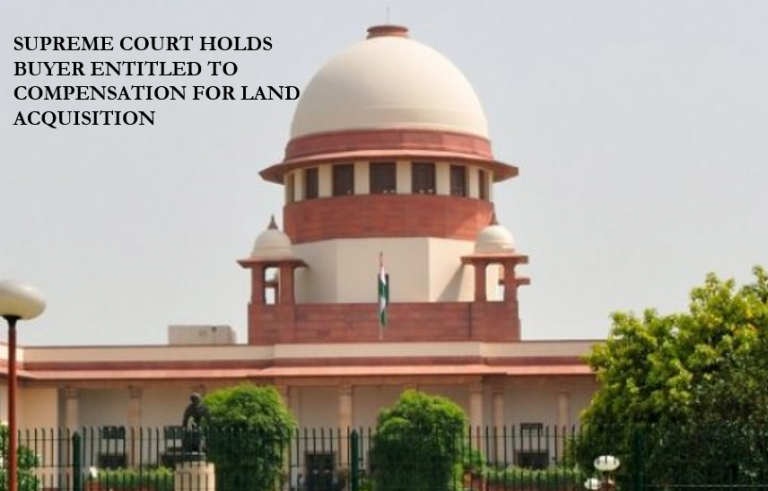 The Two Judge Bench of the Hon’ble #SupremeCourt of India comprising of Justices L. Nageswara Rao and Vineet Saran passed a Judgment dated 28-04-2021 in the case of <strong><em>Reserve Bank of India v. Jayantilal N. Mistry &amp; Anr. M.A. No.2342 of 2019 in Transferred Case (Civil) No.91 of 2015 </em></strong>whereby it dismissed an Application filed by miscellaneous #Banks to recall the Judgment dated 16.12.2015 which directed the Reserve Bank of India <strong>(#RBI)</strong> to disclose #Loan #Defaulters List and Inspection Reports under Right to Information Act, 2005 <strong>(the Act).</strong>

In the present case, vide Judgment dated 16.12.2015 in <strong><em>Reserve Bank of India v. Jayantilal N. Mistry (2016) 3 SCC 525, </em></strong>Jayantilal N. Mistry &amp; Anr. <strong>(Respondents) </strong>had sought information in Transferred Case (Civil) No.91 of 2015 from RBI. The same was rejected on the ground that such information is exempted from disclosure under Section 8 (1) (a), (d) and (e) of the Act. Writ Petitions were filed in the High Courts and they were transferred on the request of the Reserve Bank of India <strong>(RBI)</strong> to the Apex Court. The Hon’ble Supreme Court of India rejected the contention of the RBI that the information sought by Respondents could not be disclosed by reason of fiduciary relation with the Banks and observed that RBI does not place itself in a fiduciary relationship with the banks and instead has a statutory duty to uphold the interest of the public of public at large, the depositors, country’s economy and the banking sector.

A Bench comprising Justices MY Eqbal and C Nagappan held that RBI does not have a fiduciary relationship with the Financial Institutions as the reports of the inspection, statements of the bank, information related to the business obtained by the RBI are not under the pretext of confidence or trust. In this regard, the Apex Court made the following observation:

<strong><em>“RBI is supposed to uphold public interest and not the interest of individual banks. RBI is clearly not in any fiduciary relationship with any bank. RBI has no legal duty to maximize the benefit of any public sector or private sector bank, and thus there is no relationship of ‘trust’ between them. RBI has a statutory duty to uphold the interest of the public at large, the depositors, the country’s economy and the banking sector. Thus, RBI ought to act with transparency and not hide information that might embarrass individual banks.”</em></strong>

The Court opined that RBI must be transparent and should not hide information and is duty bound to comply with the provisions of the Act and must disclose the information sought.

Thereafter, Contempt Petitions were filed on the ground of wilful disobedience as the Disclosure Policy of RBI dated 30.11.2016 was in contravention to the directions issued by the Court in the Judgment dated 16.12.2015.

M.A. No.2342 of 2019 was filed by HDFC Bank Limited and Others for recall of the Judgment dated 16.12.2015. The Apex Court vide Order dated 18.12.2019, directed RBI not to release the inspection reports, risk assessment reports and annual financial inspection reports of the banks including the State Bank of India. Their main contention was that they were not given an opportunity of being heard, and hence it was a violation of the Principles of Natural Justice.

<strong><em>“The nomenclature given to an application is of absolutely no consequence – what is of importance is the substance of the application. A close scrutiny of the applications for recall makes it clear that in substance, the applicants are seeking a review of the judgment in Jayantilal N.Mistry (supra).”</em></strong>

Hence, the Hon’ble Supreme Court held that the Applications are not maintainable and dismissed the same.