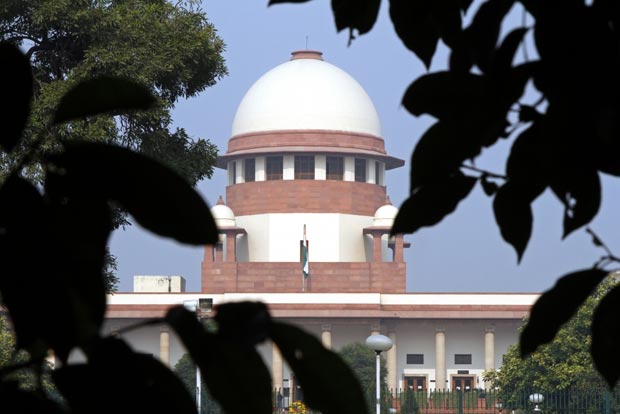 Recently, the #SupremeCourt of India in the case of Khushi Ram v. Nawal Singh [2021 SCC Online SC 128], vide its Judgment dated 22.02.2021, held that a #Hindu widow can enter into a #familysettlement with the descendants on her parental side.

Brief facts of the case

In the present matter, one Smt. Jagno, after the commencement of the Hindu Succession Act, 1956 (the ‘Act’) by virtue of Section 14 became the absolute owner of the share of her Late Husband on his death. Her share includes half of the Agricultural Property owned by her Father-in-Law (“Land”). However, Smt. Jagno entered into a Family Settlement with respect to the said share as per which she settled the Land in favour of her Brother’s Sons (“Family Settlement”).

Thereafter, one Nawal Singh and others, who were the Descendants of Smt. Jagno’s Late Husband, filed a Civil Suit No. 317 of 1991 against Smt. Jagno in the Court of Sub-Judge, Gurgaon. The Suit was claiming decree of declaration in their favour as owners in possession of the Land mentioned in the Suit to the extent of half share situated in Village Garhi Bajidpur. It was also claimed that Smt. Jagno, has in a Family Settlement settled the Land in favour of the Plaintiffs, who were Smt. Jagno’s Brother’s Sons.

The Trial Court, vide its Judgment and Decree dated 19.08.1991 passed the Consent Decree in favour of the Plaintiffs and declared the Plaintiffs as Owners in Possession of the half share in the Land.

Thereafter, one Kushi Ram and others, who are the Descendents of Smt. Jagno’s Late Husband’s Brother (“Plaintiffs”), filed another Civil Suit No. 79 of 1991 in the Court of Senior Sub-Judge Gurgaon. The Suit was filed against the Decree dated 19.08.1991 passed by the Court of Senior Sub-Judge Gurgaon claiming it to be illegal, invalid and without legal necessity. The Plaintiffs in this Suit also claimed a decree of declaration in their favour to declare them as owners in possession of Land in question.

The Trial Court held that the Nawal Singh and others (“Defendants”) were having existing rights in Suit Property, as Smt. Jagno had entered into a Family Settlement with them and declared them as owners of the said Land and also surrendered the possession in their favour. Thus, the Decree dated 19.08.1991 only affirms the preexisting rights and it does not require registration. Accordingly, the Civil Suit No. 79 of 1991 was dismissed.

The Plaintiffs filed first Appeal against the Trial Court Judgment before the Learned District Judge, which was also dismissed. However, the First Appellate Court held that under Section 14 (1) of the Act, a Hindu female becomes full owner of the property, which she acquires before the Act came into force and not as a limited owner. The First Appellate Court affirmed the decision of the Trial Court and dismissed the said Appeal.

The Judgment of the First Appellate Court was challenged by the Plaintiffs vide Second Appeal (R.S.A. No. 750 of 2002), which was filed before the High Court of Punjab & Haryana. The High Court vide its Judgment dated 16.04.2009 also dismissed the said Second Appeal.

Thereafter, an Appeal before the Supreme Court was filed by the Plaintiffs-Appellants against the High Court Judgment dated 16.04.2009 dismissing the Second Appeal.

The issues before the Supreme Court are as follows:

The Supreme Court of India, vide its Judgment dated 22.02.2021 held and made the following observations:

1- The Supreme Court decided the first issue by referring to the case of Mohammad Yusuf & Ors. vs. Rajkumar & Ors., 2020 (3) SCALE 146. In this case also, the issue was regarding non-registration of a decree on the basis of which the Court refused to admit the decree in evidence in a subsequent suit. In this matter, the Supreme Court observed that since the decree sought to be exhibited was with regard to the property which was subject matter of suit, hence, as per Section 17(2)(vi), the decree did not require registration.

2- The Supreme Court decided the second issue by referring to the case of Ram Charan Das Vs. Girija Nandini Devi and Ors., 1965 (3) SCR 841 in which the Court observed that every party taking benefit under a family settlement must be related to one another in some way and have a possible claim to the property or a claim or even a semblance of a claim. Therefore, the family members on the parental side of a Hindu widow can’t be held to be ‘strangers’ and her property can devolve upon them under the Act.

3- The Supreme Court referred to Section 15 (1) (d) of the Act and held that the heirs of the father of a Hindu woman are covered under persons entitled to succession of property. It further observed that “When heirs of father of a female are included as person who can possibly succeed, it can’t be held that they are strangers and not the members of the family qua the female,”

In view of the aforesaid observations, the Supreme Court upheld the Judgment of the High Court and Trial Court, which allowed an issueless widow to enter into a Family Settlement in favour of her Brother’s Sons being absolute Owners of the Property inherited by her.