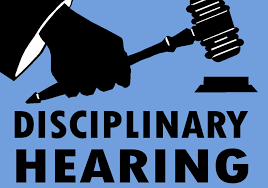 A Three Judge Bench of the #SupremeCourt comprising of Chief Justice N.V. Ramana, J. Surya Kant and J. Hima Kohli, has in a recent case of N. Raghavender vs State of Andhra Pradesh, CBI, Criminal Appeal No. 5 of 2010, passed a #Judgment dated 13-12-2021 and held that the #standardofproof required to establish #misconduct in a #domesticenquiry is considerably different from that of proving a #criminalcharge.

In this case, the Appellant, Mr. N. Raghavender Reddy (Accused 1) worked as a Branch Manager in Sri Rama Grameena Bank, Nizamabad Branch (Bank) from May, 1990 to September, 1995. A. Sandhya Rani (Accused 2) worked as a Clerk cum-Cashier in the same Bank from 1991-1996. C. Vinay Kumar (Accused 3) was the Treasurer of the Nishita Educational Academy (Academy) and brother-in-law of Appellant-Accused 1. The Accused 3 opened a Current Account in the Bank on behalf of the Academy and made an initial deposit of Rs. 5,00,000/-. The Accused 1-2 have been alleged to have colluded with Accused 3 to allow him to withdraw funds of up to Rs. 10,00,000/- from the Bank Account in excess of the balance in the Account, without making any entries thereof in the ledger book. The Appellant-Accused 1 is alleged to have issued loose-leaf cheques to Accused 3 towards secret withdrawals in 1994. When the Bank Auditors noticed these irregularities, the Appellant-Accused 1 was shifted from the said Bank Branch to the Head Office and thereafter, an internal inquiry was ordered.

The Chairman of the Bank then wrote a Letter dated 27-11-1995 to the Superintendent of Police, Central Bureau of Investigation at Hyderabad (CBI) requesting for CBI Investigation into the alleged transactions, as the Appellant-Accused has considerable influence with local leaders, officials and other VIPs. He further alleged that the said transactions have caused undue monetary benefits to the Accused persons and huge loss to the Bank .Accordingly, the CBI registered a Case No. RC7(A)/96-CBI/Hyderabad under Section 409 of the Indian Penal Code 1860 (IPC) (Criminal breach of trust by public, servant. or by banker, merchant or agent), Section 477A of IPC (Falsification of accounts), and Section 120B of IPC (Punishment of criminal conspiracy), and Section 13 of the Prevention of Corruption Act 1988 (PC Act) (Criminal misconduct by a public servant).

Meanwhile, the Appellant-Accused 1 was dismissed from service on the ground of gross departmental misconduct, vide Order dated 06-01-2006.

Thereafter, the CBI conducted investigation and filed a Charge-Sheet. The Special Judge, CBI framed charges for the aforesaid offences under IPC and PC Act. During the trial, a number of Prosecution Witnesses were examined including the Chairman of the Bank and the Auditor and the documentary evidence produced by Accused was also examined:

i) The Prosecution Witnesses deposed that firstly, two Fixed Deposits (FDs) worth Rs. 4 Lakhs and Rs. 10 Lakhs each, were prematurely closed by Appellant-Accused, without following the prescribed procedure, i.e. a formal written request is required to be made by the Account Holder for premature payment of FD Amount into their own Account.

ii) Secondly, an amount of Rs. 10,00,000/- was fraudulently withdrawn from the Current Account of the Academy maintained with the Bank, even though there were insufficient funds in the said Account. The Accused 3 signed and issued three Cheques for the said purpose, but the Handwriting Expert stated that the signatures on those Cheques did not tally with the usual signatures of Accused 3 and the record of those transactions was not entered in the Ledger Sheet of the Bank. Further, the withdrawn amount was credited to a third-party account of the Academy.

iii) Thirdly, the Appellant-Accused had permitted overdrawing of another Rs. 4 Lakhs from the Current Account.

iv) The new Branch Manager testified that sometimes loose cheque leaves are issued by Managers, upon the request of a VIP customer. In such cases, the customers wait in the Manager’s cabin and their cheques are sent to the counter for encashment and cash is delivered to the customer in the Manager’s cabin. Some other Prosecution Witness working as an Accountant at the same Branch also confirmed the said practice but further stated that in such case, a record of the same has to be maintained in the Bank ledger. Further, the Accountant deposed that there were sufficient funds in the Bank Account and overdrawing has been done. In this case, one of the Prosecution Witnesses deposed that the Accused 3 was an important customer, but there was no record found in the Bank Ledger Books regarding the aforesaid transactions.

v) Thereafter, another Branch Manager was appointed who deposed that the Bank did not suffer any loss due to the transactions involved in the present case.

The Special Judge, CBI, vide Judgment dated 28-03-2020, acquitted Accused 1-3 of charges framed under Section 120 B of IPC. Accused 2-3 were further acquitted of all other charges as well on the ground that there is no proof to show that they conspired with Accused 1 to cheat the Bank and that they have not received any unlawful benefit out of such transactions. The Appellant-Accused 1 was however held guilty for offences punishable under Section 409, 420 and 477A of IPC and Section 13(2) read with Section 13 (1) (d) of PC Act. The relevant provisions are reproduced below for easy reference:

Section 13 of PC Act: Criminal misconduct by a public servant

(1) A public servant is said to commit the offence of criminal misconduct,—

(a) if he habitually accepts or obtains or agrees to accept or attempts to obtain from any person for himself or for any other person any gratification other than legal remuneration as a motive or reward such as is mentioned in section 7; or

(b) if he habitually accepts or obtains or agrees to accept or attempts to obtain for himself or for any other person, any valuable thing without consideration or for a consideration which he knows to be inadequate from any person whom he knows to have been, or to be, or to be likely to be concerned in any proceeding or business transacted or about to be transacted by him, or having any connection with the official functions of himself or of any public servant to whom he is subordinate, or from any person whom he knows to be interested in or related to the person so concerned; or

(c) if he dishonestly or fraudulently misappropriates or otherwise converts for his own use any property entrusted to him or under his control as a public servant or allows any other person so to do; or

(i) by corrupt or illegal means, obtains for himself or for any other person any valuable thing or pecuniary advantage; or

(ii) by abusing his position as a public servant, obtains for himself or for any other person any valuable thing or pecuniary advantage; or

(iii) while holding office as a public servant, obtains for any person any valuable thing or pecuniary advantage without any public interest; or

(e) if he or any person on his behalf, is in possession or has, at any time during the period of his office, been in possession for which the public servant cannot satisfactorily account, of pecuniary resources or property disproportionate to his known sources of income.

Explanation.—For the purposes of this section, “known sources of income” means income received from any lawful source and such receipt has been intimated in accordance with the provisions of any law, rules or orders for the time being applicable to a public servant.

(2) Any public servant who commits criminal misconduct shall be punishable with imprisonment for a term which shall be not less than 3 [four years] but which may extend to 4 [ten years] and shall also be liable to fine.

Whoever cheats and thereby dishonestly induces the person deceived to deliver any property to any person, or to make, alter or destroy the whole or any part of a valuable security, or anything which is signed or sealed, and which is capable of being converted into a valuable security, shall be punished with imprisonment of either description for a term which may extend to seven years, and shall also be liable to fine.

Section 477A of IPC. Falsification of accounts.—

On an appeal to the High Court, it was held that in order to extend an undue advantage to his brother-in-law, i.e., Accused 3, the Appellant-Accused 1 had intentionally indulged in the falsification of records pertaining to the three Cheques passed by him and hence, the Trial Court’s Judgment dated 28-03-2020 was upheld, vide High Court Judgment dated 18-06-2009.

Aggrieved, the Appellant-Accused 1 filed an Appeal before the Supreme Court. The Apex Court passed a Judgment dated 13-12-2021 and made the following observations in this case:

1) That in this case, as per the deposition of the Prosecution Witnesses-new Bank Managers, there is no explicit prohibition on issue of loose-leaf cheques, at the request of a customer. Hence, it cannot be said that Appellant acted unlawfully or committed a ‘criminal misconduct’.

2) That as per the deposition of the Prosecution Witness-Accountant, there was sufficient funds in the Current Account for withdrawing funds through issue of all the three Cheques in question. Hence, it cannot be said that the Bank suffered any loss.

3) That although the entries related to the said transactions did not find mention in the Current Account Ledger, but it was recorded in other Ledger Sheets. However, as the other Ledger Sheets have not been produced by the Prosecution to show any discrepancies, hence, the benefit of doubt for failure to record the transaction in the Current Account Ledger, has been given to the Appellant.

4) That as per the Lower Court findings, the Appellant and other Accused have not gained any undue pecuniary benefit out of the said transactions, hence, the Supreme Court did not accord any weight to the allegations pertaining to the mismatch of signatures of Accused 3 on the Cheques.

5) Thus, the essential elements of ‘dishonesty’, ‘misappropriation’, ‘mens rea’, ‘wilfulness’ etc have not been proved beyond reasonable doubt to constitute the offence of criminal breach of trust, cheating, criminal misconduct, etc under IPC and PC Act.

6) However, the Appellant committed gross misconduct by misusing his position as the Branch Manager and putting the Bank at the risk of financial loss.

Hence, based on the aforesaid grounds, the Apex Court held that the standard of proof required to establish a misconduct in a domestic enquiry i.e. preponderance of evidence, is drastically different to those of proving a ‘criminal charge’ beyond any reasonable doubt. Thus, the Supreme Court held that although the Appellant is deemed to be guilty of gross departmental misconduct, for which the Apex Court upheld the Dismissal Order, but as there is no conclusive proof to establish criminal offence against the Appellant, the criminal charges were held to be unsustainable. As a result, the Appeal was disposed of.