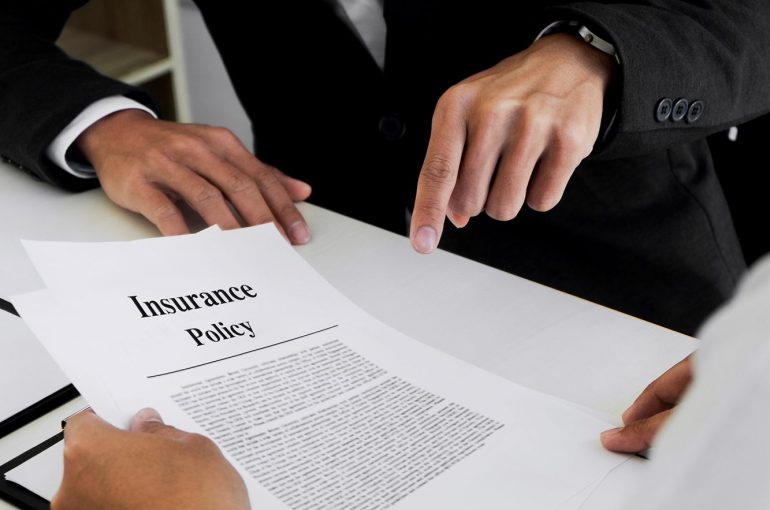 A Two Judge Bench of the Hon’ble #SupremeCourt of India comprising of Justice Dr Dhananjaya Y Chandrachudand and Justice B.V. Nagarathna passed a #Judgment dated 06-12-2021 in the case of Manmohan Nanda V. United India Assurance Co. Ltd. &Anr CIVIL APPEAL NO. 8386/2015 and held that an #insurer can’t repudiate #mediclaim alleging pre-existing #illness, where the #policy had not expressly excluded such illness from #insurancecover and also, the said policy was issued after considering all necessary #medicalrecords.

In the present case, the Appellant had sought an overseas medi-claim policy (Medi-claim Policy) as he intended to travel to USA to attend his sister-­in-­law’s daughter’s wedding. The Insurance Company (Respondent No. 1) medically examined the Appellant prior to the consideration of his request for issuance of a Medi-claim Policy. On an examination, the Report stated that the Appellant had Diabetes-Type-II (also known as Diabetes Mellitus) and other than that no medical condition was found.

Thereafter, the Insurer accepted the proposal form and the Appellant was issued the Overseas Medi-claim Business and Holiday Policy bearing Policy Number 190100/46/09/70000008 valid from 19-05-2009 to 01-06-2009. On 19-05-2009, the Appellant boarded a flight to San Francisco, USA at around 1:00 a.m. from the Delhi Airport and reached San Francisco at around 2:00 p.m. On reaching San Francisco Airport, the Appellant got a heart attack and was admitted to SFO Medical Centre at the San Francisco Airport. After he received initial medical treatment, he was shifted to the Mills Peninsula Medical Centre. Angioplasty was performed on the Appellant and three stents were inserted to remove the blockage from the heart vessels. Later on, when the Appellant claimed treatment expenses from the Respondent-Insurer the same was repudiated by the Insurer stating that as the Appellant had a history of Hyperlipidaemia and Diabetes, which fact was not disclosed while obtaining Insurance and that the Policy did not cover pre-existing conditions and complications arising from that.

The National Consumer Disputes Redressal Commission (NCDRC) vide Judgment dated 22-05-2015, observed that since the Complainant while obtaining the Medi-claim had not disclosed the fact he was under medication, there was a failure on the part of the Complainant to comply with his duty to make complete disclosure of his health conditions. This is contrary to the principle of ‘uberima fides’ i.e. ‘utmost good faith’ between the Insurer and the Insured. Hence, the Commission held that the Insured was not entitled to claim benefit under the Policy and the repudiation of the Insurance Claim was valid. The NCDRC passed the Judgment in favour of the Insurance Company and concluded that the Complainant had a history of Hyperlipidaemia   and Peptic­ulcer Disease in addition to Diabetes Mellitus. Since the same was disclosed by the Complainant   to   medical   authorities   in   the   USA,   there was no reason why he could not   have disclosed the condition to the Insurance Company at the time of obtaining the Medi-claim Policy.

Aggrieved, an Appeal was preferred before the Hon’ble Supreme Court of India. After taking into consideration, the facts of the case and the arguments advanced by the Parties to the dispute, the Apex Court reiterated the Principles of ‘uberrimae fidei’ or the principle of ‘good faith’ and the ‘contra proferentem’ rule.

The Supreme Court observed that insurance contracts are special contracts and are based on the principles of full disclosure in as much as a person seeking insurance is bound to disclose all material facts relating to the risk involved. In this regards, the Bench made the following observation:

The duty to make full disclosure continues to apply throughout negotiations for the contract but it comes to an end when the contract is concluded; therefore, material facts which come to the proposer’s knowledge subsequently need not be disclosed.”

The Bench also summarized the basic   rules   to   be   observed   in   making   a   proposal   for insurance as follows:

a) “A fair and reasonable construction must be put upon the language of the question which is asked, and theanswer given will be similarly construed. This involves close attention to the language used in either case, asthe question may be so framed that an unqualified answer amounts to an assertion by the proposer that he has knowledge of the facts and that the knowledge is being imparted. However, provided these canons are observed, accuracy in all matters of substance will suffice and misstatements or omissions in trifling and insubstantial respects will be ignored.

b) Carelessness is   no   excuse,   unless   the   error   is   so obvious that no one could be regarded as misled. If the proposer puts ‘no’ when he means ‘yes’ it will not avail him to say it was a slip of the pen; the answer is plainly the reverse of the truth.

c) An answer   which   is   literally   accurate,   so   far   as   it extends, will not suffice if it is misleading by reason of what is not stated. It may be quite accurate for the proposer to state that he has made a claim previously on an insurance company, but the answer is untrue if in fact he has made more than one.

d) Where the space for an answer is left blank, leaving the question un­answered, the reasonable inference may be that there is nothing to enter as an answer. If in fact there is something to enter as an answer, the insurers are misled in that their reasonable inference is belied.   It will then be a matter of construction whether this is a mere non­disclosure, the proposer having made no positive statement at all, or whether in substance he is to be regarded as having asserted that there is in fact nothing to state.

e) Where an answer is unsatisfactory, as being on the face of it incomplete or inconsistent the insurers may, as reasonable men, be regarded as put on inquiry, so that if they issue a policy without any further enquiry they are assumed to have waived any further information. However, having regard to the inference mentioned in head (4) above, the mere leaving of a blank space will not normally be regarded as sufficient to put the insurers on inquiry.

f) A proposer may find it convenient to bracket together two or more questions and give a composite answer. There is no objection to his doing so, provided the insurers are given adequate and accurate information on all points covered by the questions.

g) Any answer given, however accurate and honest at the time it was written down, must be corrected if, up to the time of acceptance of the proposal, any event or circumstance   supervenes   to   make   it   inaccurate   or misleading.”

In this regard, the Apex Court observed as follows:

“A prudent insurer has to gauge the possible risk that the policy would have to cover and accordingly decide to either accept the proposal form and issue a policy or decline to do so.”

“As per the doctrine, when words are to be construed, resulting in two alternative interpretations then, the interpretation which is against the person using or drafting the words or expressions which have given rise to the difficulty in construction applies.”

The Bench opined that if, on the consideration of the Medical Report, the Insurance Company was satisfied about the medical condition of the Proposer and that there was no risk of pre-existing illness, and on such satisfaction it had issued the Policy, it could not thereafter, contend that there was a possible pre-existing illness or sickness which had led to the Claim being made by the Insured and for that reason repudiate the Claim.

The Supreme Court however, decided the case in favour of the Appellant-Patient and held as follows:

“68. Therefore, the Respondents were not right in stating that as per the terms and conditions of the Policy “all the complications arising out of pre-existing condition is not payable.” As already noted, acute myocardial infraction can occur in a person who has no history of diabetes mellitus-II. One of the risk factors for the aforesaid cardiac episode is diabetes mellitus-II. The fact that the Appellant had diabetes mellitus-II was made known to the Insurance Company. Therefore, it is observed that any complication which would arise from diabetes mellitus-II was also within the consideration of the Insurer. Despite the aforesaid facts regarding the medical record of the Insured, the Insurance Company decided to issue the Policy to the Appellant. The aforesaid clause has to be read against the Respondent Insurer by applying the contra proferentem rule against it. Otherwise, the very contract of insurance would become meaningless in the instant case. Hence, in our considered view, the Respondent Insurance Company was not right in repudiating the Policy in question.”

“69. The   object   of   seeking   a   Medi-claim   Policy   is   to   seek indemnification in respect of a sudden illness or sickness which is not expected or imminent and which may occur overseas. If the Insured suffers a sudden sickness or aliment which is not expressly excluded under the Policy, a duty is cast on the Insurer to indemnify the Appellant for the expenses incurred thereunder.”

“70. Hence in the instant case, the repudiation of the Policy by the Respondent Insurance Company was illegal and not in accordance with law. Consequently, the Appellant is entitled to be indemnified under the Policy. In view of the aforesaid discussion, we hold that the Commission was not right in dismissing the Complaint filed by the Appellant herein.”

Consequently, the Bench held that the Insurance Company was not right in repudiating the Policy in question. The Appellant is entitled to be indemnified under the Policy. The decision of the Commission was set aside with the following Orders: