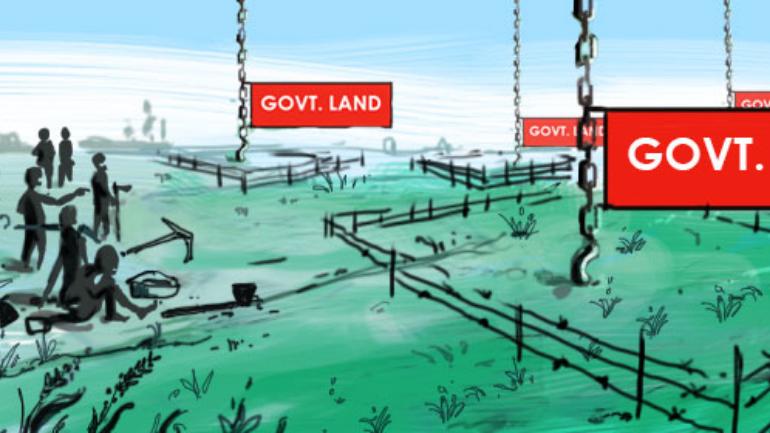 In a recent case of SUKH DUTT RATRA & ANR. vs STATE OF HIMACHAL PRADESH & ORS. C.A. No.-002773-002773 / 2022, a Two-Judge Bench of the Supreme Court comprising of Justice S. Ravindra Bhat and Justice PS Narsimha decided on 06.04.2022 that the State cannot step back from its duty to pay compensation to landowners whose private property has been acquired by the State.

Facts of the Case:

The Supreme Court in this case analyzed that “while the right to property is no longer a fundamental right, it is pertinent to note that at the time of dispossession of the subject land, this right was still included in Part III of the Constitution. The right against deprivation of property unless in accordance with procedure established by law, continues to be a constitutional right under Article 300-A.

It is the cardinal principle of the rule of law, that nobody can be deprived of liberty or property without due process, or authorization of law. When it comes to the subject of private property, this court has upheld the high threshold of legality that must be met, to dispossess an individual of their property, and even more so when done by the State.”

“The State’s lackadaisical conduct is discernible from this action of initiating acquisition proceedings selectively, only in respect to the lands of those writ petitioners who had approached the court in earlier proceedings, and not other land owners, pursuant to the orders dated 23.04.2007 (in CWP No. 1192/2004) and 20.12.2013 (in CWP No. 1356/2010) respectively. In this manner, at every stage, the State sought to shirk its responsibility of acquiring land required for public use in the manner prescribed by law.”

“The State cannot shield itself behind the ground of delay and latches in such a situation; there cannot be a ‘limitation’ to doing justice.”

The facts of the present case reveal that the State has, in a clandestine and arbitrary manner, actively tried to limit disbursal of compensation as required by law, only to those for which it was specifically prodded by the courts, rather than to all those who are entitled.

Therefore, the Supreme Court, “concluding that the forcible dispossession of a person of their private property without following due process of law was violative of both their human right and constitutional right under Article 300-A, this court allowed the appeal….and the impugned order of the High Court is hereby set aside. Given the disregard for the appellants’ fundamental rights which has caused them to approach this court and receive remedy decades after the act of dispossession, we also deem it appropriate to direct the Respondent-State to pay legal costs and expenses of Rs.50,000 to the appellants. Pending applications, if any, are hereby disposed of.”