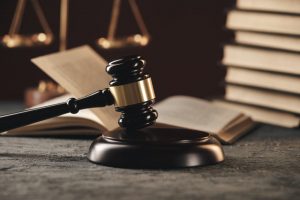 The Two Judge Bench of the Hon’ble #SupremeCourt of India comprising of Justices Ashok Bhushan and R. Subhash Reddy passed a Judgment dated 03.03.2021 in the case of Subodh Kumar v. Shamim Ahmed {Civil Appeal Nos.802-803 of 2021 (arising out of SLP(C) Nos.18118-18119 of 2019)} and held that an Application under Order IX Rule 13 CPC can be allowed only when sufficient cause is made out to set aside #ExparteDecree.

In any case in which a decree is passed ex parte against a defendant, he may apply to the Court by which the decree was passed for an order to set it aside; and if he satisfies the Court that the summons was not duly served, or that he was prevented by any sufficient cause from appearing when the suit was called on for hearing, the Court shall make an order setting aside the decree as against him upon such terms as to costs, payment into Court or otherwise as it thinks fit, and shall appoint a day for proceeding with the suit

Provided further that no Court shall set aside a decree passed ex parte merely on the ground that there has been an irregularity in the service of summons, if it is satisfied that the defendant had notice of the date of hearing and had sufficient time to appear and answer the plaintiff’s claim

Explanation.-Where there has been an appeal against a decree passed ex parte under this rule, and the appeal has been disposed of an any ground other than the ground that the appellant has withdrawn the appeal, no application shall lie under this rule for setting aside that ex parte decree

The High Court vide Order dated 13.12.2018 set aside the Orders dated 19.04.2007 and 23.02.2008 respectively thereby allowing the Writ Petition and remanded the matter back to the Trial Court for reconsideration of  Respondent’s Application under Order IX Rule 13 CPC and Section 5 of the Limitation Act in accordance with law. Subsequently, the Appellant filed a Special Leave Petition in the Hon’ble Supreme Court of India, which was dismissed and the Appellant was given a liberty to file a Review Application before the High Court, which was also rejected vide Order dated 24.05.2019.

In the Hon’ble Supreme Court of India, the Bench made the following observations:-

Thus, allowing the Appeal, the Apex Court held that the Respondent No. 1 failed to make out any sufficient ground to allow the Application under Order IX Rule 13 CPC and the High Court erred in interfering with the Order of the Trial Court. Furthermore, the Bench directed the Executing Court to execute the Decree and put the Appellant in possession along with the payment of entire decretal amount up to date, within a period of three months from the date of submission of a copy of the Judgment before the Executing Court.