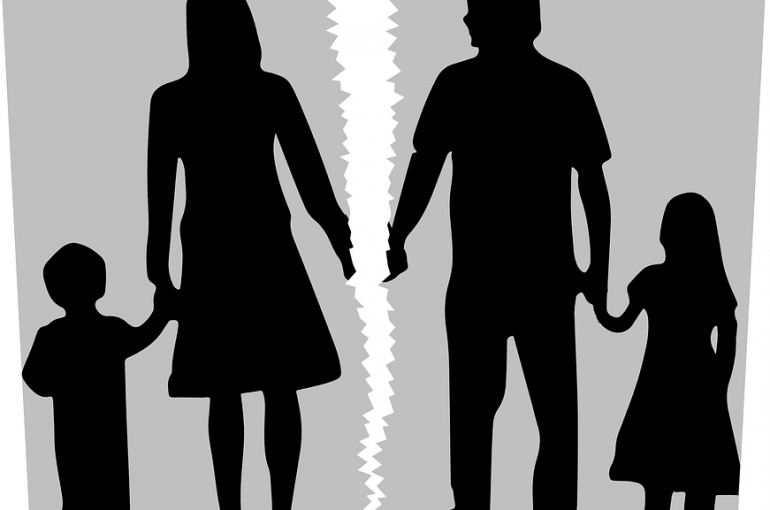 The Apex Court is often put in a very difficult situation taking decisions in matters pertaining to child custody when parties are residents of two different countries. Invariably in such matters, one party flees to the Indian soil with his/her child in an attempt to escape compliance of the orders of the foreign Court. The consequence that follows in most cases, is that the aggrieved parent files a Writ of Habeas Corpus alleging kidnapping of the child and asks for the production and custody of the child brought into India.

In such a case, several questions that come to one’s mind is whether a parent who has brought his/her child into India will fall within the meaning of ‘kidnapping’. The answer would be that a parent being a natural guardian cannot be liable for ‘kidnapping’ his/her own child. On deciding such Writ Petitions filed by the aggrieved parents, the Court invariably looks into the first Principles of Law regarding guardianship, which is ‘Welfare of the Child’. The problem that arises while considering the ‘Welfare of the Child’ Principle is several aspects of Private International Law such as ‘Forum Convenience’, ‘Comity of Courts’ and ‘First Strike’ (i.e. substantive order passed by a foreign Court prior to the matter coming up before the domestic Court). Additionally, some importance is also given to the fact that Conventions have been signed between the foreign country and the domestic country, which also needs to be honoured.

In a myriad of such complexities, the Hon’ble Supreme Court of India is time and again asked to decide upon custody of child when the sparring parents both want the custody of the child. In such cases, the Apex Court has to juxtapose the facts and the law and try and do justice as best as it can. Mostly the Principle of ‘Welfare of the Child’ is the thumb rule while deciding such petitions.

In a recent such case titled Vasudha Sethi vs Kiran B. Bhaskar (Criminal Appeal No. 22 of 2022) decided by the Bench of J. Ajay Rastogi and J. Abhay S. Oka on 12-01-2020, the Supreme Court while deciding an Appeal against the Judgment of the Punjab and Haryana High Court in a Petition for Habeas Corpus had to consider the future of a 6-year-old minor Child.

In this case, the Parties were living in the United States at the time of Marriage in 2011 and continued to live there. The Child who was a US Citizen, was diagnosed with Hydronephrosis, which required surgery. As the Child was a US Citizen, Consent for International Travel by the Parents was executed and recorded. The terms further recorded that in case they were any change of plans regarding the Child’s return to the US, both Parents would have to discuss and consent to the same. The Child was operated upon in New Delhi and after the surgery, the Mother violated the Consent Terms and did not return to the US.

The Father got an Interim Order dated 03-02-2020 from the Circuit Court directing the Mother to return the Child to the Father. When nothing came about, the Father filed a Petition for Habeas Corpus in the High Court of Punjab and Haryana and prayed that his minor Child may be released from the custody of his Mother and Grandparents. The High Court after appointing an Amicus Curiae who interacted with both Mother and Father, submitted a Report. Based on the said Report, the High Court passed an Order allowing the Father to return to the USA with his minor Child. They further directed that in the event the Mother was interested in going to the US to contest the Proceedings in the United States, the Father / Husband was required to pay the expenses that she would incur including legal expenses for contesting the case. The Court also directed that the Parents would continue with Joint Parenting Plan as agreed between them in the welfare of the Child.

Aggrieved by the High Court Order, the Mother went in Appeal to the Supreme Court. She submitted inter alia that the Respondent-Husband had plans to move back to India because of which he had purchased property in Bengaluru. He should therefore consider moving back to India. She submitted that in custody cases, a Mother’s role cannot be completely eliminated in the name of welfare of the Child and as such she was being deprived of her right as a mother. She also pleaded through her Counsel that there is a statutory presumption in favor of the Mother under the Doctrine of Tender Years and cited certain Judgments of the Apex Court while doing so.

Her Counsel further submitted that Nithya Anand Raghavan vs State (2017) 8 SCC 454 and Kanika Goel vs State (2018) 9 SCC 578 were binding precedents as they were rendered by a Special Bench of 3 Judges. She further contended that in the above cases, the matters were sent to the Family Court to complete the hearing of the custody matters within a time frame. Lastly, she argued that in the welfare and the interest of the child, the welfare of one of the parents cannot be eliminated altogether.

The Husband’s Counsel in turn submitted that he was ready to pay the expenses of the Mother and the Child to return to the US and submit before the jurisdiction of the US Courts.

The Hon’ble Bench while dealing with the matter held that each case has to be decided on its facts and circumstances and no hard and fast rule can be laid down in such matters. The Court was of the opinion that the facts have to be tested on the touchstone of the Principle of Welfare of a minor child. The Court while acknowledging the larger Bench Judgments was of the opinion that by its very nature, the facts in custody petitions are not similar and have to be decided accordingly. What is in the welfare of the child depends on several factors which are complex and complicated and as such there can never be a straight jacket formula which deciding the issue of custody of a child as what is in the paramount interest of a minor is always a question of fact.

After seeing the Welfare Report submitted by the US Embassy, the Court was apprised of the fact that the Child was picked up from School by his Aunt, while his Mother went to work and the Child was brought up by a domestic helper. On the other hand, the Father claimed that he could look after the Child better as he had opted to work from home enabling him to take care for his Child full time. Additionally, the Father’s Mother (Child’s Paternal Grandmother) also expressed her willingness to live in the US and care for the Child.

The Court after considering both sides, directed that the Mother and Child would travel to the United States and the Father had to make sufficient arrangements and pay maintenance for the Mother to stay in the US along with the Son and allow the Father visitation and video calls till the matter was heard by the Court. The Court also directed that the Father could not press any criminal charges against his ex-Wife for a period of three months or try to enforce any order. The Mother was allowed to keep the Child with her for three months till an order is passed by a competent Court in the United States.

No doubt, balancing the equities in such cases is a very difficult task for the Courts.