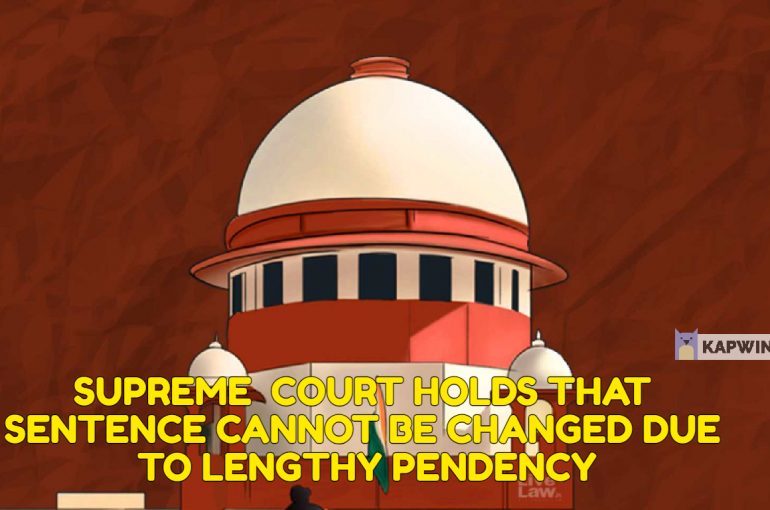 In a recent Criminal Appeal, the Supreme Court in – ‘State of Rajasthan vs. Banwari Lal and another ’ (Criminal Appeal No 579 of 2022) vide Judgment dated 08.04.2022, had set aside the Judgement and Order dated 06.05.2015 (Impugned Order) in S.B. Criminal Appeal No. 36/1993 passed by the High Court of Judicature for Rajasthan at Jaipur and held that inadequate sentence cannot be allowed merely because lengthy pendency of the criminal appeal.

In the present case, the Respondent No.1 (original Accused), caused grievous  injuries on skull/head of  Phool Chand (injured person) which was sufficient enough to cause death, in the ordinary course of nature. The Accused were tried before the Learned Trial Court for offences under Section 147, 148, 149, 447 and 323 of Indian Penal Code (IPC).

After observing all the facts and the findings, the Trial Court convicted the Respondent No.1 under Section 307 (Attempt to murder) IPC and sentenced him to undergo 3 years rigorous imprisonment, while the Respondent No.2 was granted the benefit of probation.

Feeling aggrieved and dissatisfied by the order of Trial Court, the Respondents preferred an Appeal before the High Court of Judicature for Rajasthan at Jaipur. The main submission made out by the Respondents in the Appeal was, not to challenge their conviction but only prayed to reduce the sentence in respect of Respondent No. 1, on the ground that the incident took place 26 years back and they were facing the trial since then.

After hearing the Respondents, the High Court without ascertaining the gravity of offence and serious injuries caused, partially allowed the Appeal while maintaining the conviction but had reduced the sentence to the period already undergone by him i.e 44 days. The High Court dismissed the Appeal of Respondent No.2.

Being aggrieved and dissatisfied by the Impugned Order passed by the High Court, the State of Rajasthan preferred a Criminal Appeal No. 579 of 2022 in the Hon’ble Supreme Court of India.

The contentions raised by the counsel for the Appellant were, that the Impugned Order passed by the High Court is unsustainable as no specific reasons or findings were stated while delivering the said Judgement. He also submitted that the High Court has not taken into consideration the gravity of offence committed.

While the counsel of Respondent submitted that the, High Court has taken into consideration that the incident took place 26 years ago and since then the Respondents were facing the trial for the same. He further submits that since the Trial Court has given the benefit of probation to Respondent No.2 and the same was not challenged before the High Court by way of appeal, then the Appellant cannot raise this point at this belated stage in the Apex Court.

After hearing both the counsels at length, the Apex Court came to the conclusion that, the Impugned Order dated 06.05.2015 in Criminal Appeal No. 36 of 1993 was weighed with the submissions made by the Respondents, that the occurrence of incident took place 26 years back. The Supreme Court held that aforesaid cannot be the sole consideration while awarding an adequate sentence. Merely because a long period has lapsed by the time the appeal is decided cannot be a ground to award punishment which is disproportionate and inadequate.

The Apex Court also held that the High Court disposed the Appeal in most cavalier manner. It looks like the appeal has been disposed off by adopting shortcuts. Thus the Impugned Order is quashed and set aside.

The Supreme Court concluded its observation by submitting that the present Appeal in respect of Respondent No. 1 is allowed and thereby restored the Order of Learned Trial Court which stated that the Respondent No. 1 needs to undergo 3 years of rigorous imprisonment.