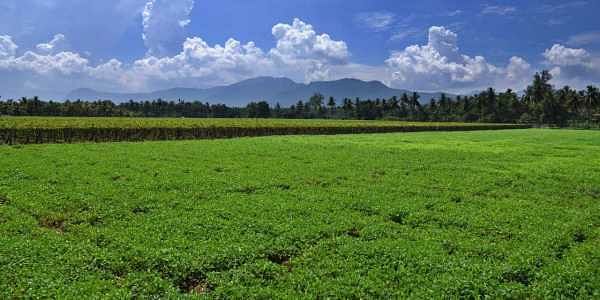 A Two-Judge Bench of the Hon’ble Supreme Court in the matter of Hardev Singh v. Prescribed Authority, Kashipur & Anr. (Civil Appeal Nos. 2295/2010) and Jamaluddin & Ors. v. Prescribed Authority, Kashipur & Anr. (Civil Appeal Nos. 2296/2010) has passed a Judgement dated 10.12.2022 and allowed the Order of the Hon’ble High Court of Uttarakhand dated 20.08.2008 which dismissed the Writ Petitions filed by the Appellants under the Uttar Pradesh Impositions of Ceiling on Land Holding Act, 1960 (herein referred to ‘Act’) This Act was enacted to provide for the imposition of ceiling on land holdings in Uttar Pradesh and to provide land for landless agricultural labourers and for other public purposes.

The Hon’ble Secretary of India executed a Lease Deed dated 25.08.1920 under the Government Grants Act, 1895 (Act No. 15 of 1895) in favour of one, Lala Khushi Ram. On the demise of Lala Khushi Ram, the Lease Hold Rights were inherited by one, ‘Harikishan Lal’, (Respondent No. 2 herein), as a successor. He then executed a registered Sub-Lease for agricultural purposes of an area measuring 2.49 Acres in favour of one, Hardev Singh and Jamaluddin (herein referred as ‘Appellants’).

The Prescribed Authority issued a Notice under the Act to Respondent No. 2, a Government Lessee to declare certain areas of his Land as surplus. Vide Order dated 28.07.1978, the Prescribed Authority declared certain areas of the Land as surplus which also included the piece of Land, sublet to Appellants by Respondent No. 2.  Section 3 (16) of the Act defines “surplus land” as land held by a tenure-holder in excess of the ceiling area applicable to him, and includes any building, wells and trees existing thereon.

Through Common Judgement dated 20.08.2008, the High Court dismissed the above petitions and observed that the Appellants herein being Sub-Lessees would be deemed to be Tenure Holder as per Section 9(3) of the Ceiling Act, but refused to extend the said benefit to the Appellant in view of violation of the conditions specified by Clause 9 of the Lease Deed. Section 9 (1) and (3) of the Ceiling Act are reproduced below for easy reference:

9. General notice to tenure-holders holding land in excess of ceiling area for submission of statement in respect thereof. –

(3) Where the tenure-holder’s wife holds any land which is liable to be aggregated with the land held by the tenure-holder for purposes of determination of the ceiling area, the tenure-holder shall, along with his statement referred to in sub-section (1), also file the consent of his wife to the choice in respect of the plot or plots which they would like to retain as part of the ceiling area applicable to them and where his wife’s consent is not so obtained the Prescribed I Authority shall cause the notice under sub-section (2) of Section 10 to be served on her separately

The Hon’ble Apex Court passed a Judgment dated 10.01.2022 and observed as follows:

1) The Celling Act was enacted with a purpose to put a limit on land holdings so that more land can be used for agricultural purpose.

3) The Hon’ble Supreme Court further held that as per the terms of the Grant, the Appellant in their capacity cannot acquire the status of an Independent Tenure Holder. The terms of the Grant make it clear that even if the Land is sublet for agricultural purposes which are exempted under the conditions of the Grant made, yet no person can claim to have rights contrary to terms of Grant.

Therefore, based on the aforesaid grounds, the Apex Court held that the provisions of Ceiling Act would be applicable in case of a Government Grantee and the Grantee being a lessee from the Government has no right to transfer the land without fulfilling the conditions stipulated in Clause 9 of the Lease Deed. Although, the terms of the Lease Deed provide for sub-lease for agricultural purposes, but sub-lessees cannot claim independent rights as a tenure holder. Hence, the Appellant being a Sub-Lessee continues to be an ostensible holder of Land and the Government Grantee, the Respondent No. 2, to be the real holder and the Ceiling Authorities as well as the High Court have rightly dismissed the claim of the Appellant.