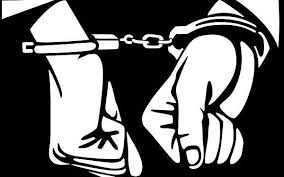 Courts while dealing with #criminalmatters bears in mind that an #Accused will be deemed to be guilty only if a #Charge is proved against him beyond any reasonable doubt. In a recent Judgment dated 16-12-2021, passed by the Supreme Court in Suman Chandra V. Central Bureau Of Investigation Criminal Appeal No.1645 of 2021, the Court examined the Trial Court’s Order of Acquittal that allowed the Accused to go free.

In the instant case, a Complaint was filed before the S.P., C.B.I., Anti-Corruption Branch, Kolkata in 2003. The CBI claimed that one, Suman Chandra (Appellant herein) demanded illegal gratification for not implicating the Complainant in a false case of operating a racket engaged in sale of computerized railway reservation tickets in connivance with the middle man. However, he did not agree to bribe them.

Pursuant to this, the CBI Authority laid pre-trap plan and in presence of independent witnesses and after observing necessary formalities gave a demonstration regarding the reaction of phenolphthalein powder with sodium carbonate on currency notes, which would be handed over.

After the Complainant handed over the money to the Appellant, CBI prepared the seizure list and post-trap memo was conducted, the Petitioner’s hands were washed out with the solution and it turned pink.

After completion of the investigation, charges were framed under Section 7 and 13(2) read with Section 13(1)(d) of the Prevention of Corruption Act, 1988.

The Trial Court acquitted the Appellant on the following grounds:

The High Court of Calcutta (High Court) noted that the basis of the Judgment passed by the Trial Court was the non examination of the relevant witnesses as one of the factors for giving acquittal. The Bench observed that if the public prosecutor thinks that some of the witnesses may not support the prosecution, he has the liberty to not examine such witnesses. On this basis, the High Court reversed the Order of the Trial Court.

The matter finally came up before the Supreme Court Bench comprising of Justices Vineet Saran and Aniruddha Bose. The Apex Court while granting leave and setting aside the Impugned Order of the High Court restored the Judgment of the Trial Court and observed that “It is well settled law that reversal of acquittal is permissible only if the view of the Trial Court is not only erroneous but also unreasonable and perverse. In our considered opinion, the view taken by the Trial Court was a possible view, which was neither perverse nor unreasonable, and in the facts and circumstances of the present case, ought not to have been reversed or interfered with by the High Court.”