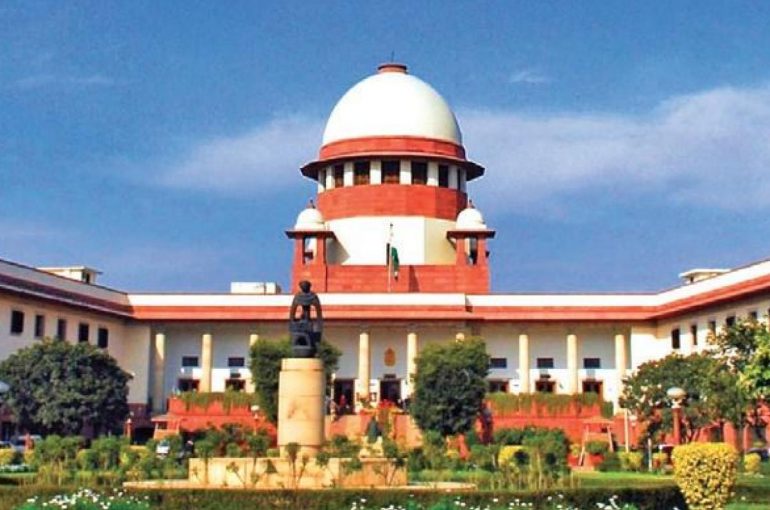 SUPREME COURT REITERATES THAT CONSENT DECREES VITIATED BY FRAUD, MISREPRESENTATION, OR MISTAKE DO NOT BIND PARTIES

The Two Judge Bench of the Hon’ble #SupremeCourt of India comprising of Justices Mohan M. Shantanagoudar and Vineet Saran passed a Judgment dated 17.02.2021 in the case of Compack Enterprises India (P) Ltd. v. Beant Singh Special Leave Petition (Civil) Nos. 2224-2225 of 2021 (Arising out of SLP(C) Diary No. 38441 of 2019) and reiterated that a #Consent Decree will operate as an #estoppel in cases where the #compromise has been vitiated by #Fraud, #Misrepresentation or #Mistake.

As a consequence, the Respondent filed a Suit against the Petitioner on 13.02.2009 for recovering the possession of the suit property and and mesne profits thereon from 1.10.2008 till the vacation of the suit property. The Ld. Additional District Judge, Rohini (‘Trial Court’) vide Order dated 23.09.2017, held that the Respondent is entitled to license fee Rs. 37,290/­ per month. Furthermore, the Court ordered that for the period of unlawful possession the Petitioner shall pay mesne profits Rs.60,000/­ per month with 10% increase on the 1st  April of each alternate year, till the suit property is handed over to Respondent.

The Petitioner, aggrieved by the said Order, filed a Review Petition, which was dismissed by the High court vide Order dated 25.07.2019.

After taking into consideration the arguments advanced by the parties to the dispute, the Apex Court held that the Consent Decrees create an estoppel against the parties. This is done in order to put an end to further litigation between the parties and the terms of a Consent Decree can be modified, substituted or modulated only with the consent of all the parties thereto. However, the Court observed as follows:

“19. However, this formulation is far from absolute and does not apply as a blanket rule in all cases. This Court, in Byram Pestonji Gariwala v.Union Bank of India &ors., (1992) 1 SCC 31, has held that a Consent Decrees would not serve as an estoppel, where the   compromise   was   vitiated   by   fraud,   misrepresentation,   or mistake. Further, this Court in the exercise of its inherent powers may also unilaterally rectify a Consent Decrees suffering from clerical or arithmetical errors, so as to make it conform with the terms of the compromise.”