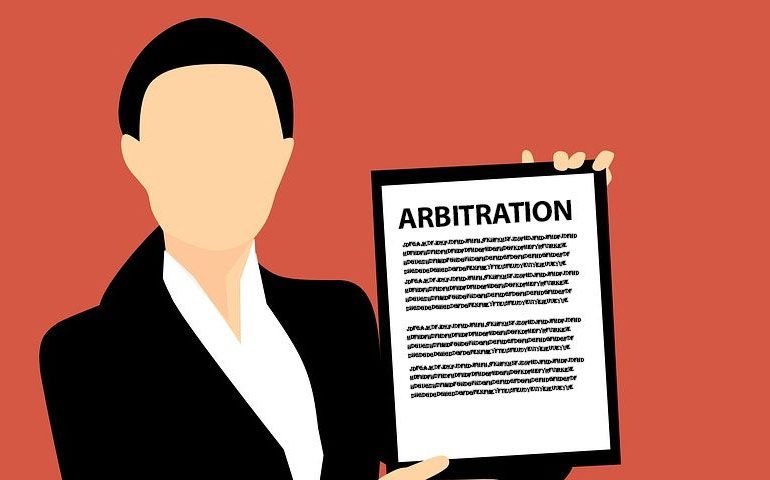 The Appellant-State of Haryana awarded a Contract to M/s. Shivshankar Construction & Co.  (herein referred as ‘Respondent No.1’) for Maintenance of Road from Palwal to Hasanpur (herein referred as ‘Highway’), for length of 31.17 kilometres as per terms and conditions of Contract entered between the Parties which amounted to Rs. 5,26,69,688/- . As per design and specification by Appellant, the road was meant for 3364 traffic intensity or passenger car unit/day (referred herein as ‘PCU’). Later in 05.03.2005, Palwal Aligarh Highway was closed and the traffic was diverted to Palwal Hasanpur Highway. Due to this diversion of traffic, the traffic load increased to 24418 PCU on Palwal Hasanpur Highway, which lead to deformation of the said Highway. The Respondent No. 1 alleged that due to increased traffic load, they were required to carry out extra repairs incurring extra expenditure.

For the above disputes, the Appellant was served with Legal Notice by the Respondents. Since the disputes remained unresolved, the Respondents invoked Arbitration Clause in the Contract and approached the High Court of Punjab and Haryana for appointment of an Arbitrator under Section 11(6) of the Arbitration and Conciliation Act, 1996 (herein referred as ‘Act’).

The Hon’ble High Court appointed an Arbitrator vide Order 23.04.2007. The Learned Arbitrator awarded a sum of Rs. 1,51,95,400/- to the Respondent (Arbitral Award). (The date of the Award is unknown to us, as it is not mentioned in the Judgment)

Being aggrieved by the Arbitral Award, the Appellant filed an Appeal before the High Court of Punjab and Haryana under Section 34 of the Act, which was dismissed.

Hence, the Appellant filed the present Appeal before the Supreme Court under Section 37 of the Act on the grounds that (a) the Arbitral Award is in excess of the Claim, (b) the Arbitrator has exceeded scope of reference, (c) the Arbitrator has rewritten the terms of Contract with respect to amount payable.

The Hon’ble Apex Court passed a Judgment dated 14.12.2021 and observed as follows: