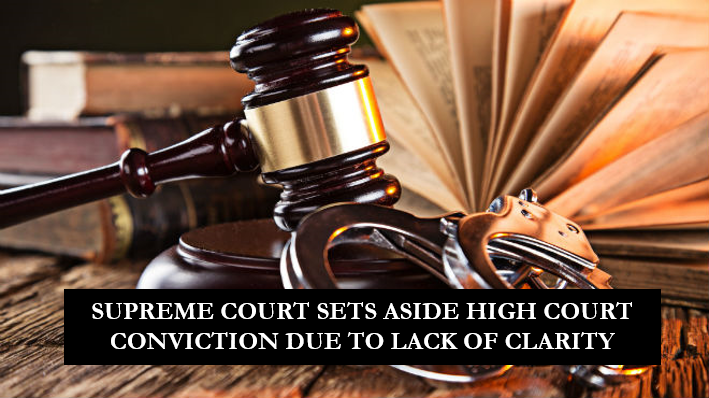 A Two Judge Bench of the Hon’ble #SupremeCourt of India of Justices Dr. Dhananjaya Y. Chandrachud and M.R. Shah passed a #Judgment dated 07-09-2021 in the case of Shakuntala Shukla v. State of Uttar Pradesh and Another Criminal Appeal No. 876 of 2021 and observed that the High Court of Judicature at #Allahabad (#HighCourt) erred in releasing the Accused on #bail pending appeals against the Judgment and Order of conviction for the offences under Sections 302/149, 201 r/w 120B of the Indian Penal Code (#IPC).

In the present case, one Kripa Shankar Shukla alias Bajrang Shukla was found dead on 28-10-1995. An Application was moved at the Police Station and an inquest report was prepared on 15-11-1995, however, no proper investigation was done in the matter. On 13-12-1995, Shakuntala Shukla (Appellant) moved an Application before the President of India and thereafter, Special Secretary, Ministry of Home Affairs, Government of Uttar Pradesh, Lucknow directed for investigation of the matter by CB-CID. Subsequently charges were framed and the four Accused were convicted by the Trial Court for the offences under Sections 302/149, 201 r/w Section 120B of the IPC arising out of Case Crime No. 103/96, Police Station Bansdeeh, District Ballia and vide Judgment(s) and Order(s) dated 08-02-2018 and 09-02-2018 they were sentenced to undergo life imprisonment by the learned Additional Sessions Judge.

Aggrieved and dissatisfied with the Judgment and Order of conviction and sentence passed by the Trial Court imposing the sentence of life imprisonment, Criminal Appeals were preferred before the High Court.

In the Criminal Appeal No. 1283/2018, which was preferred by one of the Accused, a Criminal Miscellaneous Bail Application being Bail Application No. 1A/1 of 2018 was moved wherein a prayer was made for bail during the pendency of the criminal appeal. Subsequently, the Bail Application was allowed and vide impugned Order dated 06-12-2018, a direction was passed to release the Accused on bail on furnishing a personal bond with two sureties each in the like amount to the satisfaction of the court. The Order dated 06-12-2018 was followed and on the grounds of parity, other three Accused were also released on bail by a coordinate Bench.

Aggrieved by the impugned Order dated 08-02-2018 passed by the High Court, the Appellant preferred Criminal Appeals in the Hon’ble Supreme Court of India. After taking into consideration, the arguments advanced by the parties to the dispute, the Apex Court observed that order granting bail to the Accused pending appeal lacked clarity as to which part of the Judgment and Order can be said to be submissions and which part can be said to be the findings. The High Court did not even refer to the Counter Affidavit which was filed on behalf of the State opposing the bail pending appeal. In this regard, the Bench made the following observation:

Furthermore, the Court observed that even on merits, the impugned Order passed by the High Court releasing the Accused on bail pending appeal is unsustainable. “The High Court has not at all appreciated and considered the fact that the learned trial Court on appreciation of evidence has convicted the Accused for the offences under Sections 302/149, 201 r/w 120B IPC. Once the Accused have been convicted by the learned trial Court, there shall not be any presumption of innocence thereafter.”

Moreover, the High Court failed to appreciate the conduct of the Accused pending investigation and even during trial. The Accused repeatedly gave threats to the prosecution witnesses, that if they give evidence against the Accused, they would suffer dire consequences. Thus, the High Court did not consider the seriousness of the offence and the gravity of the accusation and their antecedents and conduct in giving threats to the witnesses during trial and even thereafter. The High Court did not note the fact that the Accused on bail pending appeal, had already served an imprisonment of 8 months against the life sentence imposed by the trial Court.

The Apex Court after taking into consideration the facts and circumstances of the present case, allowed the Criminal Appeals and held the following:

“12. Considering the aforesaid facts and circumstances, therefore even on merits also, the High Court has committed a grave error in releasing the Accused on bail pending appeals against the judgment and order of conviction for the offences under Sections 302/149, 201 r/w 120B IPC.”