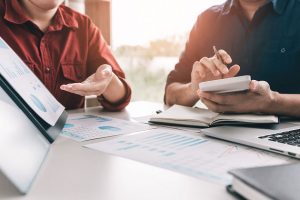 The #SupremeCourt of India passed a Judgment dated 01.03.2021 in the case of A. Navinchandra Steels Private Ltd. VS. SREI Equipment Finance Ltd. and Ors. (Civil Appeal Nos. 4230-4234 of 2020) and discussed whether Application under Section 7 of the Insolvency and Bankruptcy Code, 2016 (#IBC) is maintainable during the pendency of #WindingUpProceedings in a Company Court.

In this case, Shree Ram Urban Infrastructure Limited (SRUIL) was being wound up in proceedings initiated by A. Navinchandra Steels Pvt. Ltd (the Appellant) before the Bombay High Court. The said Winding Up Proceedings are pending before the High Court.

Meanwhile, SREI Equipment Finance Ltd (the Respondent) filed a Petition under Section 7 of the Insolvency and Bankruptcy Code, 2016 (IBC) before the National Company Law Tribunal (NCLT), which was admitted by NCLT on 06-11-2019.

Aggrieved, Action Barter Pvt. Ltd (Action Barter) filed an Appeal against the aforesaid NCLT Order dared 06-11-2019 before the National Company Law Appellate Tribunal (NCLAT), on the ground that during the pendency of Winding Up Proceedings, a Section 7 IBC Application against the same Debtor Company is not maintainable. However, the NCLAT vide Order dated 21-09-2020 dismissed the said Appeal.

1) That Section 279 of the Companies Act, 2013 provides that no suit or other legal proceeding shall be commenced, or if pending at the date of the winding up order, shall be proceeded with, by or against the company, except with the permission of the NCLT.

2) Further, Section 238 of IBC provides that The provisions of this Code shall have effect, notwithstanding anything inconsistent therewith contained in any other law for the time being in force or any instrument having effect by virtue of any such law.

3) That the object of the Companies Act is to wind up a company’s affairs, whereas, under the IBC, the main object is revival of the corporate debtor through infusion of a new management.

Thus, based on the aforesaid observations, the Apex Court held that Section 7 IBC proceeding is an independent proceeding and thus, will not be affected by the pending Winding Up Proceedings. Further, the Supreme Court dismissed the Appeal and also lifted the Interim Stay on NCLT Section 7 IBC Proceedings.