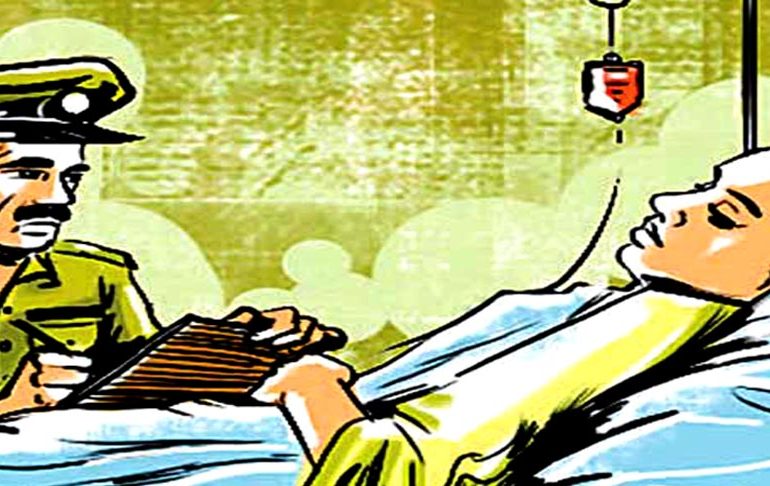 Dying declaration is a statement or a testimony by a person who is on his death-bed, stating reasons for his death. Section 32(1) of the Indian Evidence Act, 1872 (Act) defines and lays down the essential elements of a dying declaration. Section 32(1) of the Act states that “When the statement is made by a person as to the cause of his death, or as to any of the circumstances of the transaction which resulted in his death, in cases in which the cause of that person’s death comes into question. Such statements are relevant whether the person who made them was or was not, at the time when they were made, under expectation of death, and whatever may be the nature of the proceeding in which the cause of his death comes into question.”

A Two- Judge Bench of the Supreme Court, comprising of Justice MR Shah and Justice BV Nagarathna, in the case of State of Uttar Pradesh v. Veerpal, decided on February 1, 2022 held that conviction can be solely based on dying declaration without corroboration under certain circumstances.

In this case, an F.I.R was registered under Section 326 (Voluntarily causing grievous hurt by dangerous weapons or means) of the Indian Penal Code 1860 (IPC) by one, Bengali Babu, when he got a call from one, Radha, who is the Deceased’s Daughter stating that her mother had got burnt. It was alleged that her father-in-law and the mother-in law demanded money from her and when she refused to give, they burnt her. During the police investigation, statements of relevant witnesses were recorded and necessary evidence including the medical evidence was collected. During the trial, two Dying Declarations were brought on record, one recorded by Police Officer and another recorded by Magistrate. Considering the Dying Declaration recorded by the Magistrate and the medical evidence on record, the Trial Court convicted the Accused.

On Appeal filed against the Trial Court Judgment, the High Court vide Judgment and Order dated 30-05-2020 acquitted the Accused on the ground that there were two Dying Declarations, recorded at the gap of two days and both the Dying Declarations narrated a different story. An Appeal has been preferred by the State against this Judgment and Order of the High Court dated 30-05-2020 before the Hon’ble Supreme Court.

The Supreme Court then went on to consider the issue whether in the absence of corroboration, conviction can be based on Dying Declaration only. For this, the Apex Court relied upon the Judgement of Munnu Raja & Anr. v. State of M.P. (1976) 3 SCC 104 and Paniben v. State of Gujarat (1992) 2 SCC 474, where it was held that it is not a rule of law that dying declaration cannot be acted upon without corroboration. The Supreme Court then discussed the case of Kushal Rao v. State of Bombay, AIR  1958 SC 22, where the Court laid down the following principles as to under what circumstances dying declaration may be accepted without corroboration:

“16. On a review of the relevant provisions of the Evidence Act and of the decided cases in the different High Courts in India and in this Court, we have come to the conclusion, in agreement with the opinion of the Full Bench of the Madras High Court, aforesaid, (1) that it cannot be laid down as an absolute rule of law that a dying declaration cannot form the sole basis of conviction unless it is corroborated; (2) that each case must be determined on its own facts keeping in view the circumstances in which the dying declaration was made; (3) that it cannot be laid down as a general proposition that a dying declaration is a weaker kind of evidence than other pieces of evidence; (4) that a dying declaration stands on the same footing as another piece of evidence and has to be judged in the light of surrounding circumstances and with reference to the principles governing the weighing of evidence; (5) that a dying declaration which has been recorded by a competent Magistrate in the proper manner, that is to say, in the form of questions and answers, and, as far as practicable, in the words of the maker of the declaration, stands on a much higher footing than a dying declaration which depends upon oral testimony which may suffer from all the infirmities of human memory and human character, and (6) that in order to test the reliability of a dying declaration, the Court has to keep in view, the circumstances like the opportunity of the dying man for observation, for example, whether there was sufficient light if the crime was committed at night; whether the capacity of the man to remember the facts stated, had not been impaired at the time he was making the statement, by circumstances beyond his control; that the statement has been consistent throughout if he had several opportunities of making a dying declaration apart from the official record of it; and that the statement had been made at the earliest opportunity and was not the result of tutoring by interested parties.”

The Apex Court observed that as the medical evidence is consistent with the Dying Declaration, reliance can be put on the Dying Declaration recorded by the Magistrate. Therefore, the Supreme Court, reversing the Order of the High Court, convicted the Accused vide Judgment dated 01-02-2022.