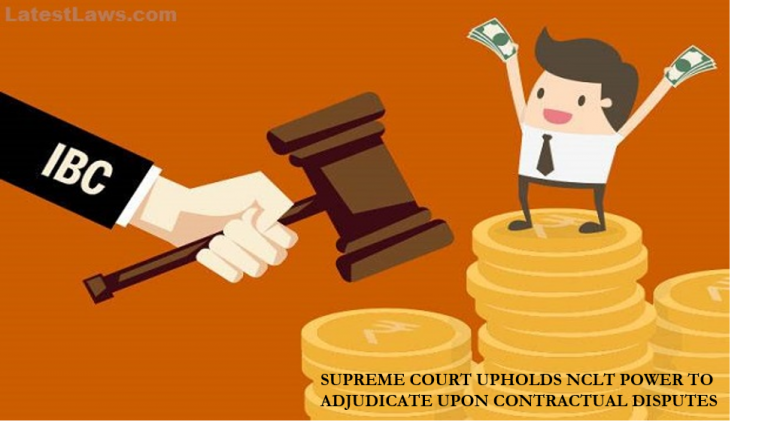 The Two Judge Bench of the Hon’ble #SupremeCourt of India comprising of Justices DY Chandrachud and M.R. Shah Reddy passed a Judgment dated 08.03.2021 in the case of Gujarat Urja Vikas Nigam Limited v. Mr. Amit Gupta & Ors. {Civil Appeal Nos.9241 of 2019 and held that the National Company Law Tribunal (#NCLT) has the #jurisdiction to adjudicate upon #disputes or issues arising from or which relate to the #Insolvency of #CorporateDebtor.

Section 60(5) of IBC is reproduced as follows:

(5) Notwithstanding anything to the contrary contained in any other law for the time being in force, the National Company Law Tribunal shall have jurisdiction to entertain or dispose of—

a) any application or proceeding by or against the corporate debtor or corporate person;

c) any question of priorities or any question of law or facts, arising out of or in relation to the insolvency resolution or liquidation proceedings of the corporate debtor or corporate person under this Code.

Vide Order dated 29-08-2019; the NCLT restrained the Appellant from terminating the PPA.

Aggrieved, the Appellant approached the Hon’ble Supreme Court. One of the issues which came before the Bench was whether NCLT/NCLAT can exercise jurisdiction under the IBC over contractual disputes such as those arising from PPA?

Furthermore, the Apex Court held that “…we hold that the RP can approach the NCLT for adjudication of disputes that are related to the insolvency resolution process. However, for adjudication of disputes that arise dehors the insolvency of the Corporate Debtor, the RP must approach the relevant competent authority. For instance, if the dispute in the present matter related to the non-supply of electricity, the RP would not have been entitled to invoke the jurisdiction of the NCLT under the IBC. However, since the dispute in the present case has arisen solely on the ground of the insolvency of the Corporate Debtor, NCLT is empowered to adjudicate this dispute under Section 60(5)(c) of the IBC.”

While dismissing the Appeal, the Hon’ble Supreme Court held the following:

The Supreme Court has therefore recognized and upheld the powers of NCLT/NCLAT that deal with contractual disputes between the Parties if the said contractual obligations pertaining to the CIRP proceedings of the Corporate Debtor.